Fake Antivirus Software Competition - Is There a Winner?

What Is a Fake Antivirus and How to Tell if It’s Fake? 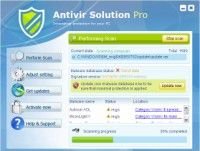 When encountering many of the above software packages, most users believe they are genuine security products that do a good job. And of course, most of those users go on to enter their credit card details to 'purchase' one of these antivirus programs. Unfortunately, there is a high probability that the user is then charged considerably more than the price declared in the shopping cart.

What is "Wait a minute! This is important - we check your devices" Message?

The "Wait a minute! This is important - we check your devices" Message Promotes a Fake Malware Scanner

When you surf the Internet, be very careful. Many fake online security 'scanners' claim to scan your computer for viruses and spyware. However, these scanners are fake and attempt to scare PC users for malicious purposes. Do not believe these online scans, especially if you have not specifically requested one.

Wait a minute! This is important - we check your devices - Recognise this message?  This is one of the most popular fake online spyware and malware scanners.

When you open the web page of this scanner, a Javascript message pops up. It reports that your computer contains various infections, and the system requires immediate checking.

When you press OK, the web page imitates the 'My Computer' folder by displaying local hard disks, documents, folders, etc. These hard drives and document folders appear the same to all website visitors and do not represent your actual computer configuration. However, to less-experienced users, this may seem threatening and scary.