4 ways you can fix League of Legends not opening

Many users run into problems when trying to launch League of Legends (LoL) on Windows 10. Sometimes, many users cannot launch the game because they get error messages or nothing happens when they try to launch it. This article is dedicated to helping you fix League of Legends failing to start.

League of Legends an online multiplayer game developed by Riot Games and released in 2009. It’s a free-to-play game and is monetized through character customizations. The game contains several forms of cosmetic-only customizations, such as skins that change the champions’ appearance. Skins can be bought using an in-game currency called Riot Points (RP).

Since 2016, League of Legends has had a loot box system that allows players to buy “chests” with randomized cosmetic items. These chests can be bought or earned at a slower rate for free by playing the game. 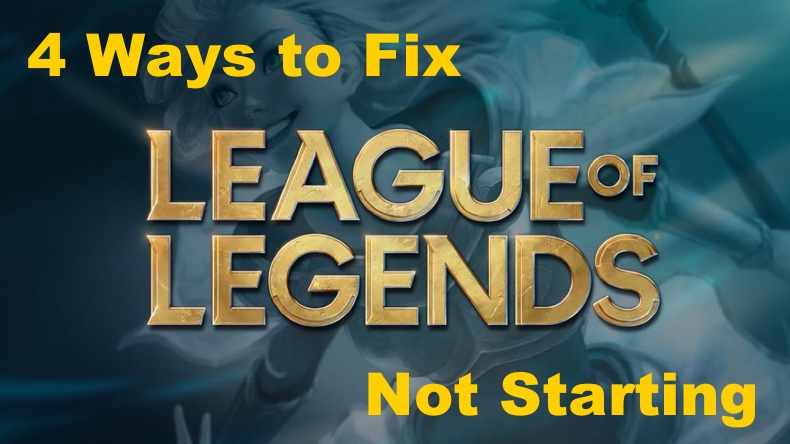 League of Legends is a multiplayer online battle arena (MOBA) game. In the game, the player controls a character referred to as a “champion” with a set of unique abilities. As of 2019, the game has more than 140 unique champions. Moreover, Riot Games often overhauls the visuals and gameplay of the champions.

Champions level up by acquiring experience points by killing NPCs called minions throughout the course of a match.

League of Legends is still a popular game. Moreover, the game has been credited with birthing the e-sports industry.

In 2019 the game often peaked at 8 million concurrent players. Having an international competitive scene made up of 13 leagues, the game is often referred to as the world’s largest e-sport. The game has more than 100 e-sports teams amounting to more than 500 players.

League of Legends e-sports event online viewership and attendance are quite high. During the 2019 League of Legends World Championship, the developer reported that there were around 44 million concurrent viewers.

League of Legends is regularly updated and patched. In 2014, Riot Games standardized their patch releases to update the game every two to three weeks. Nevertheless, regardless of the frequent updates, many users encounter a problem when they’re unable to launch the game. In addition, this problem is more prevalent for those players that run Windows 10 on their gaming rigs.

Oftentimes, after starting the game, it will run in the background and can be seen running in Task Manager. Other times nothing happens, or you may get an error saying, “Client won’t open.”

League of Legends may not start in some cases because it conflicts with other third-party applications, notably Steam and Razer Synapse. So, try closing these applications and other applications that may prevent the game from starting and try again.

It’s also advisable to update your graphics card drivers regardless of whether it’s an Nvidia or AMD card.

In closing, League of Legends may fail to launch due to many reasons, but the solutions provided below this article should help you fix the issue.

Solution 1. Launch League of Legends From Its Installation Directory

If League of Legends doesn’t launch, when you double-click its desktop shortcut, then the issue might be related to its running background processes. To fix this issue, go to the Task Manager and close all of the League of Legends-related tasks. Then, go to the game’s installation directory and run LeagueClient.exe as administrator.

1. Hold down Ctrl+Shift+Esc keys to open the Task Manager. 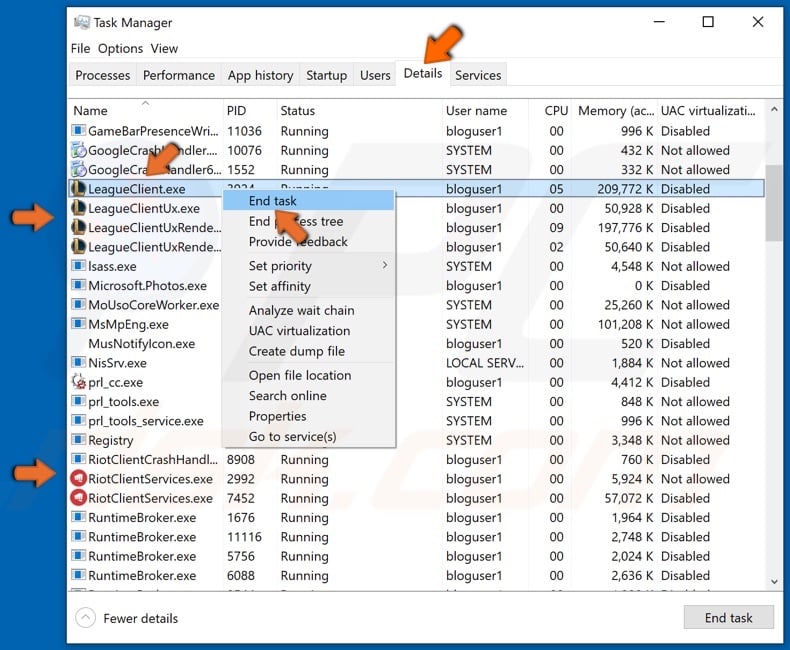 2. Navigate to the Details tab.

3. Identify all League of Legends and Riot-related tasks.

4. Right-click each League of Legends and Riot-related process, and click End task. 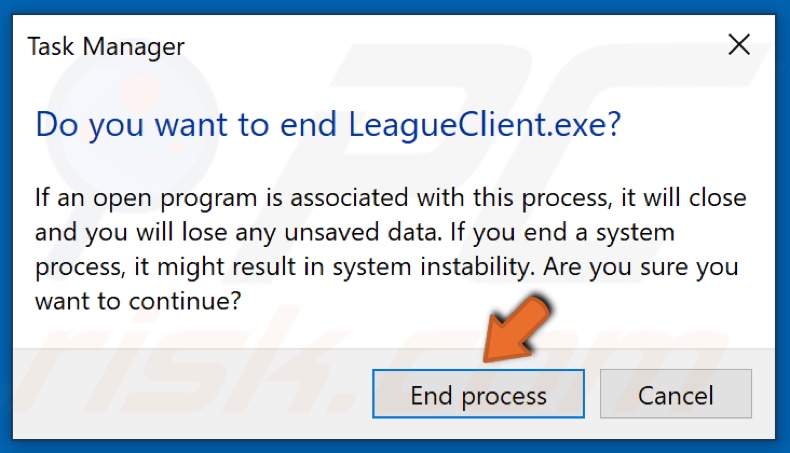 5. Click End process when prompted to confirm the action.

6. Then, hold down Windows+E keys to open File Explorer. 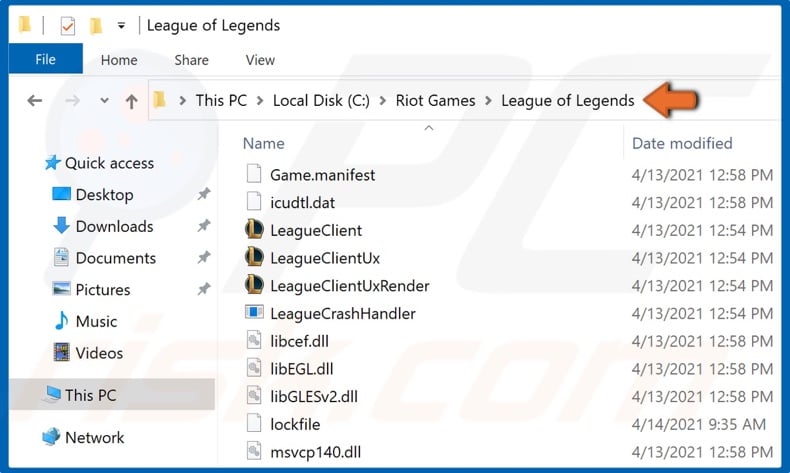 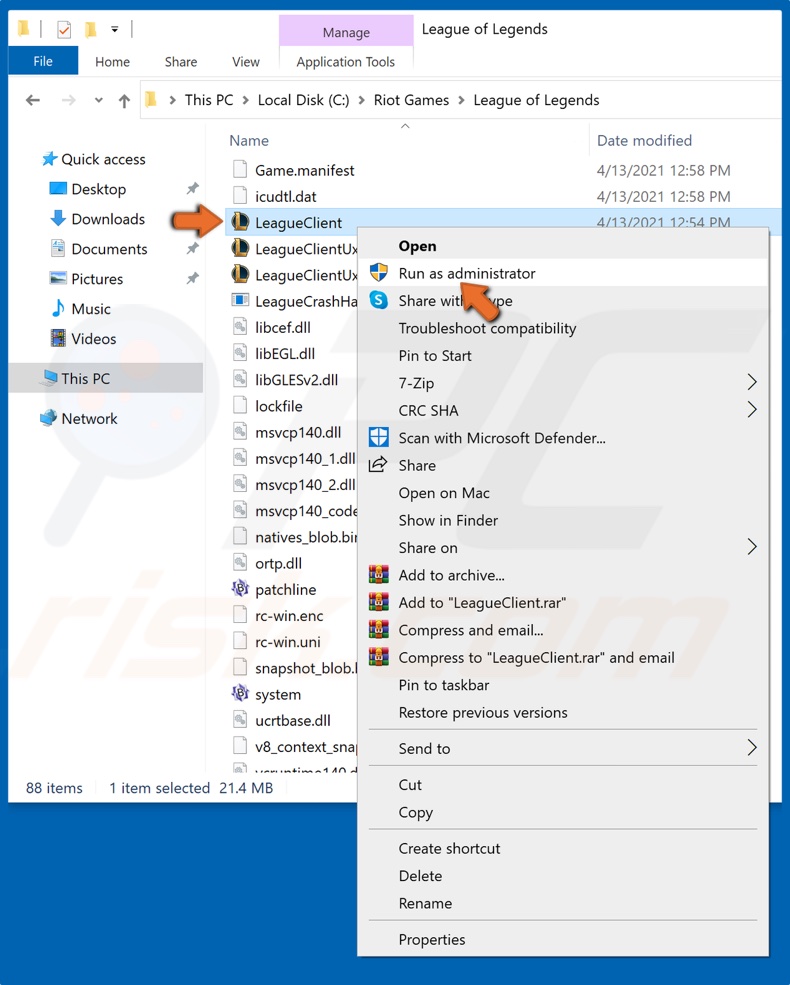 9. If the game doesn't start, right-click LeagueClient.exe and click Run as administrator.

1. Hold down Ctrl+Shift+Esc keys to open the Task Manager.

2. Navigate to the Details tab.

3. Identify all League of Legends and Riot-related tasks.

4. Right-click each League of Legends and Riot-related process, and click End task.

5. Click End process when prompted to confirm the action.

6. Then, hold down Windows+E keys to open File Explorer. 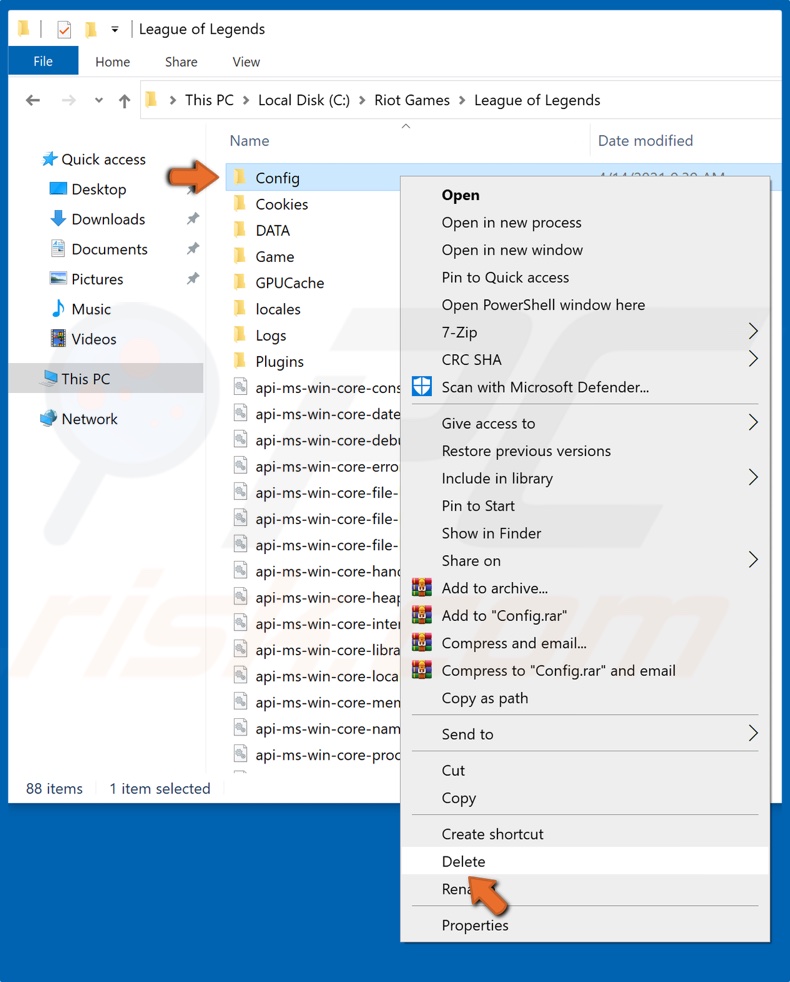 8. Find the Config folder, right-click it and click Delete. 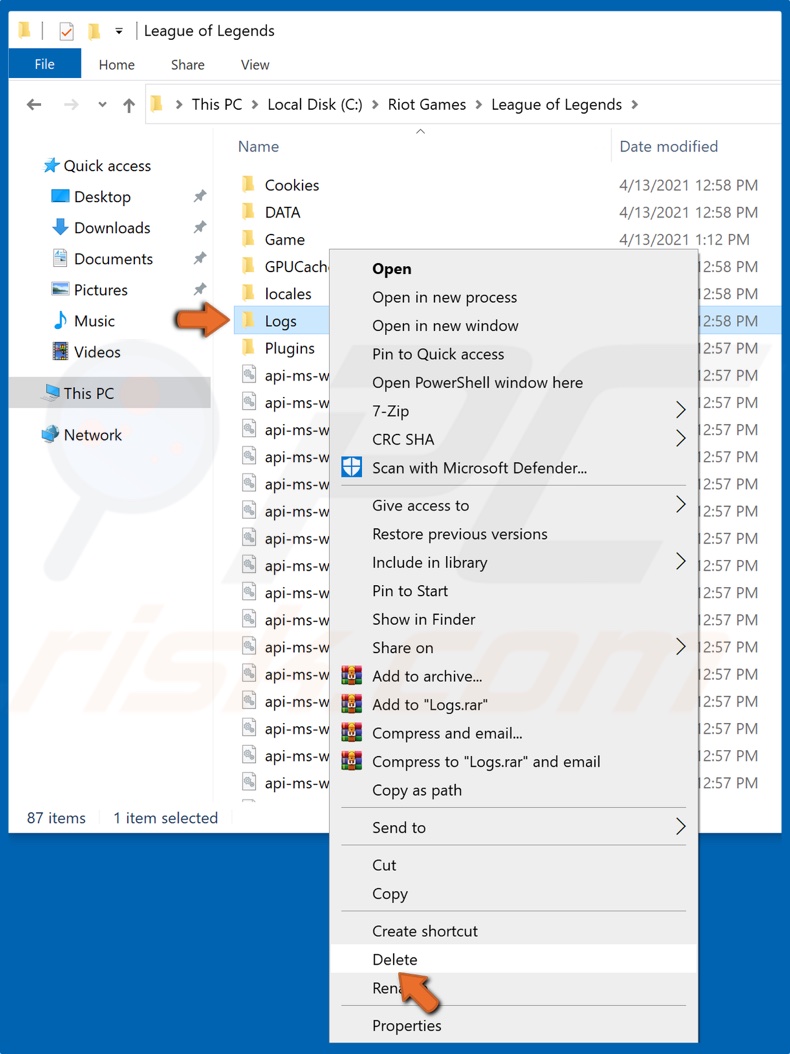 9. Then, Find the Logs folder, right-click it and click Delete.

In some cases, the League of Legends installation may become corrupt. Luckily, Riot Games included an installation repair feature that you can access from the Settings menu, which is represented by a cog icon. Run the repair wizard and see if that fixes the problem. 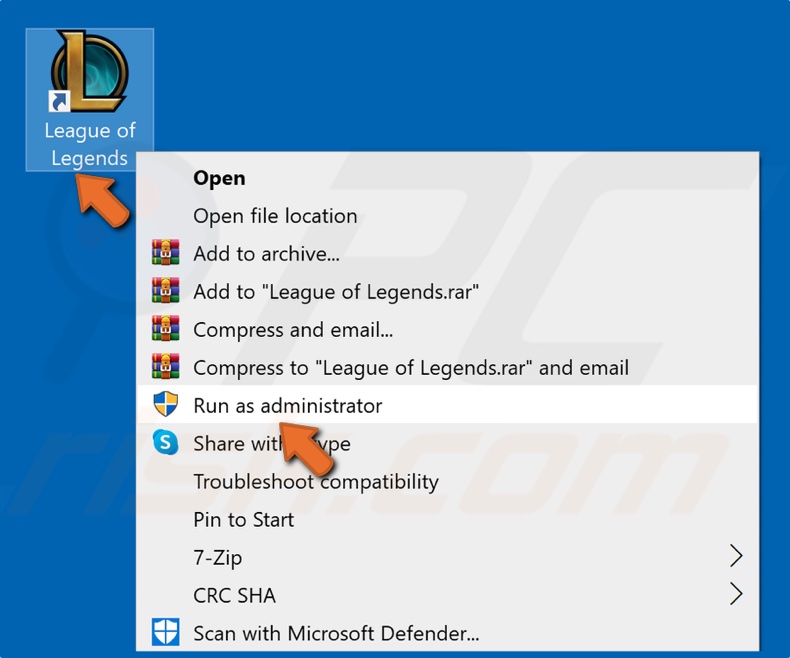 1. Right-click the League of Legends desktop shortcut and click Run as administrator.

2. Once on the launcher window, click the Cog icon. 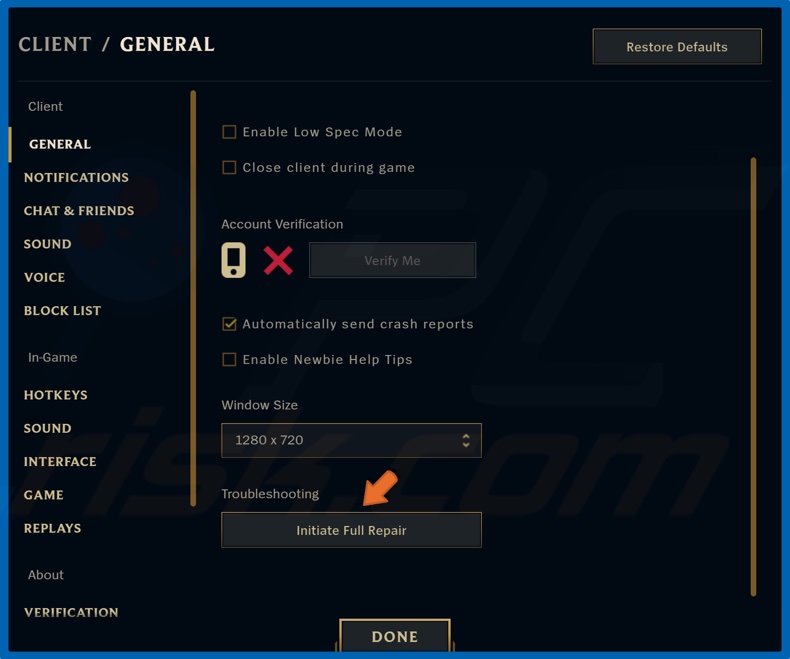 6. Wait for the game to repair itself. Note that this process may take some time to complete.

7. Once the game has been repaired, reboot your PC.

Solution 4. Perform a Clean Installation of League of Legends

Many old players know that the best way to fix most League of Legends' problems is to reinstall it. Of course, reinstallation is something we all want to avoid, so that’s why we put it at the bottom of our list as a last resort in an attempt to fix the game’s issue with starting. 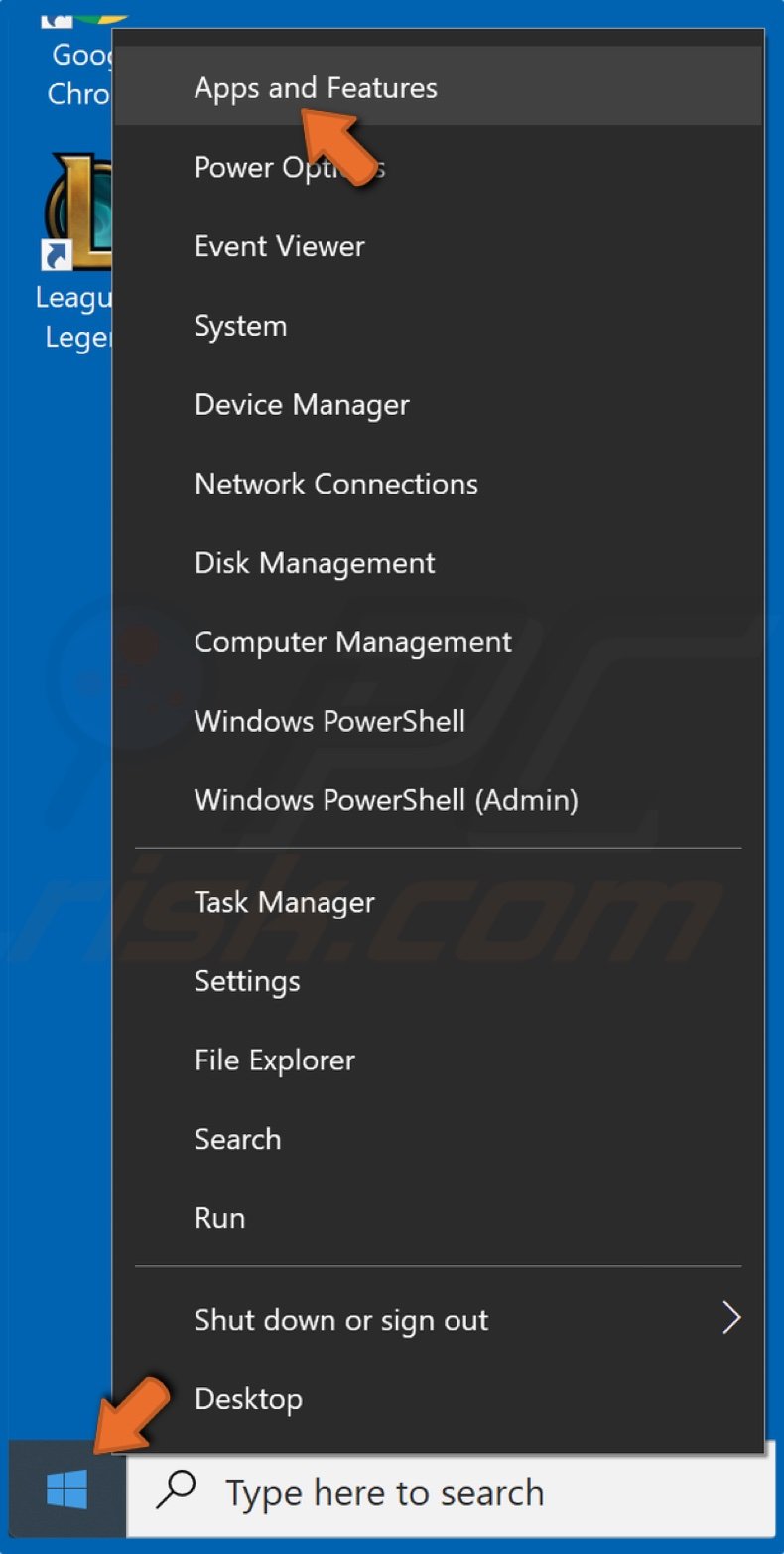 1. Right-click the Start menu button and click Apps and Features. 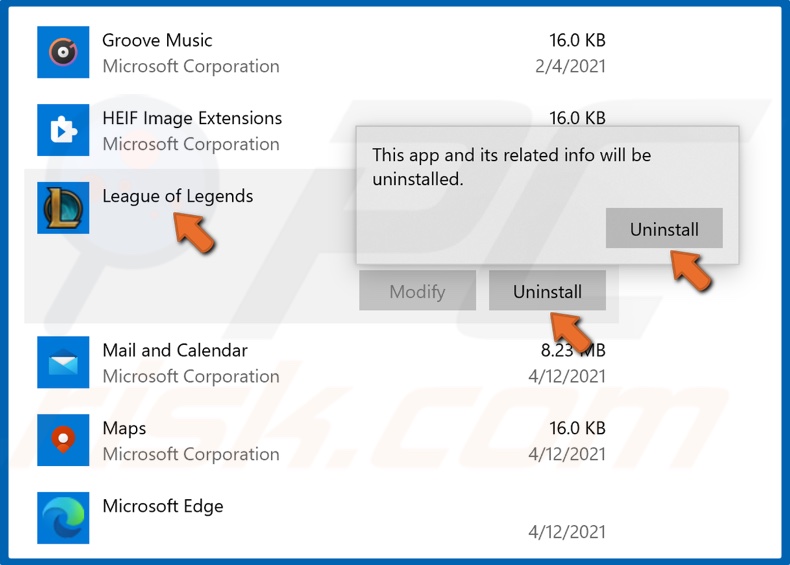 2. Scroll through the list and find League of Legends. 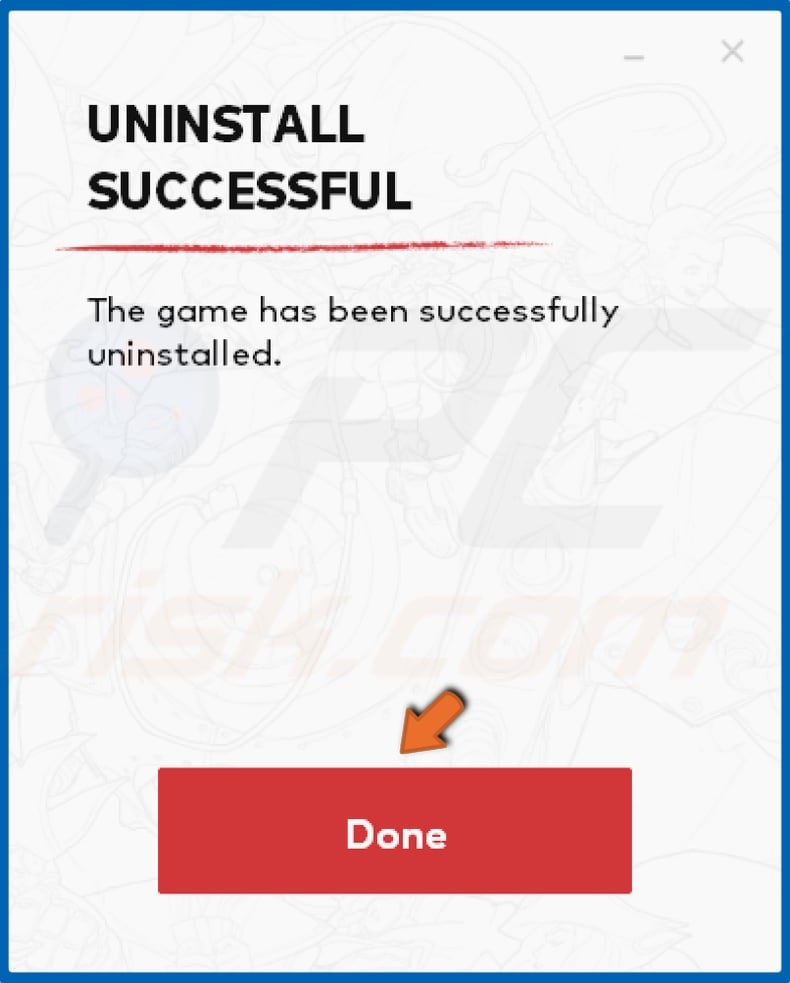 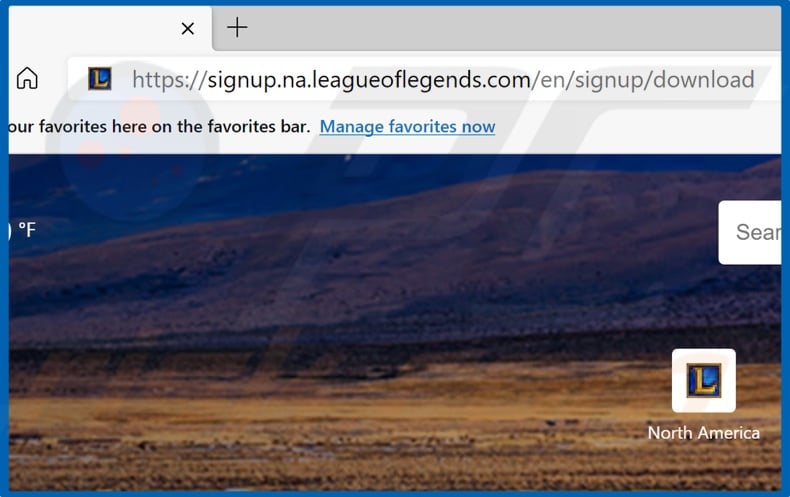 5. Then, open your browser and go to the League of Legends download page. 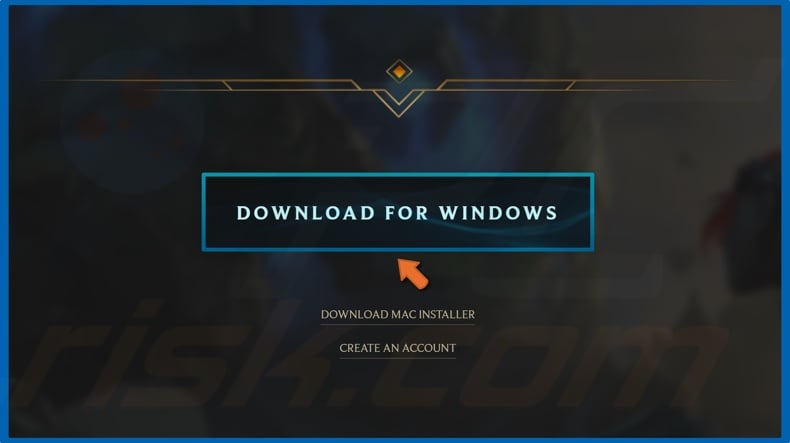 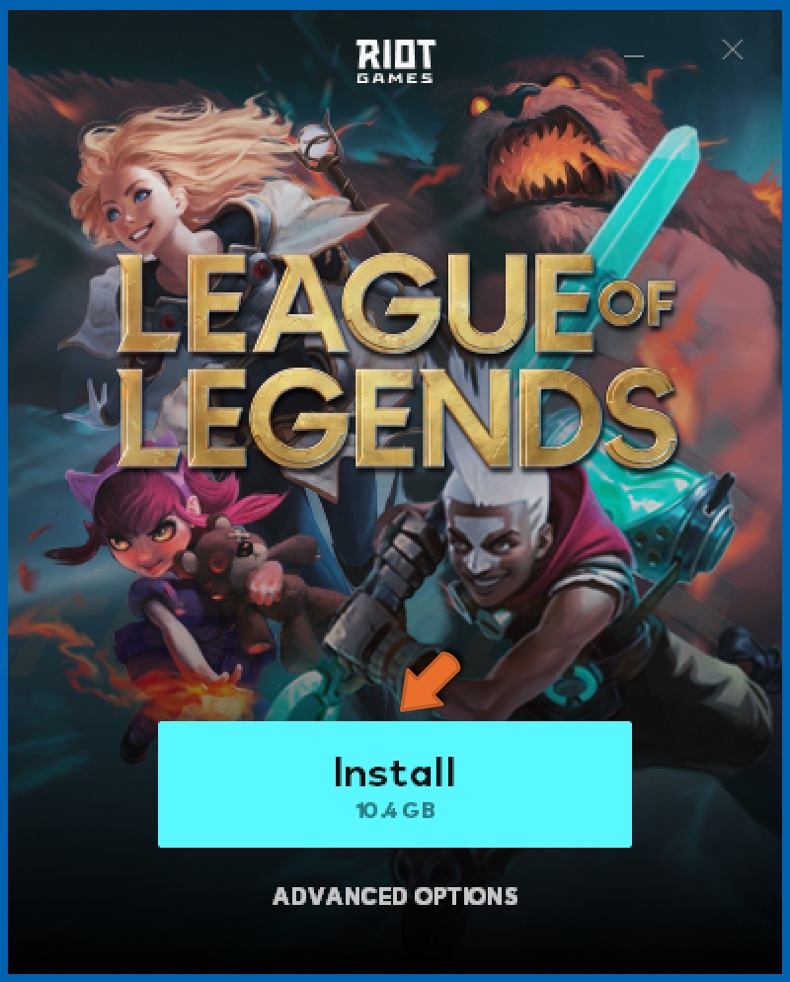 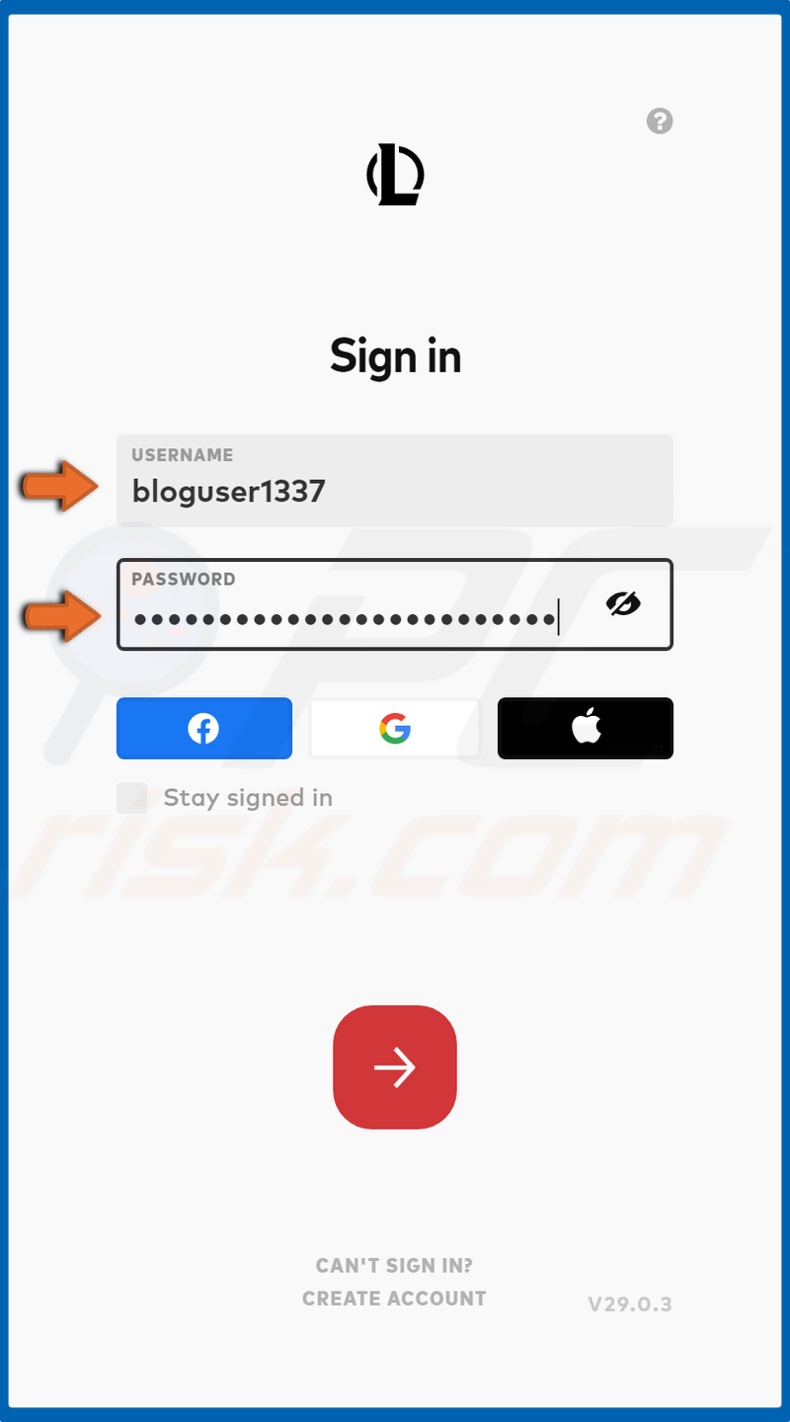 9. The game will continue installing. 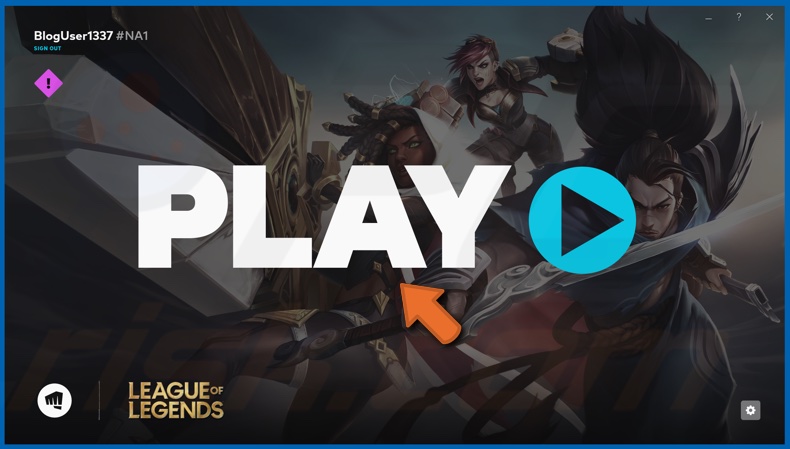 Video Guide on How to Fix League of Legends Not Starting