How to launch and use Apple's built-in hardware diagnostic tools, such as Apple Hardware Test and Apple Diagnostics?

Apple computers are well known for their stability and performance, and also use of hardware resources. Many people state that Mac computers never crash, however, there is always a chance of hardware or software crashes on any system. To help users in this respect, Apple included a built-in diagnostic tool that checks all computer components and displays results and recommendations about how to solve any existing issues. The tool (called Apple Hardware Test) provided multiple diagnostic tests on all Mac computers, and was available until 2013. Later, Apple slightly changed the name (Apple Diagnostics) and appearance on all models released after 2013.

Releasing the newer version of the diagnostic tool, developers attached error codes to the report about existing errors. This helps to find possible solutions. Launching this tool, you can check hard disk drive failures, memory faults, and video graphic card (GPU) and processor (CPU) performance. You can also check the entire motherboard and additional modules, such as network and Bluetooth adapters. Even fan operation can be scanned for possible errors. The diagnostic tool can help if your are experiencing issues that software solutions could not fix. This is achieved by scanning the entire computer, both hardware and software. Knowing the source of the problem enables you to apply a solution. In this article, we describe how to launch the Apple Hardware Test and Apple Diagnostics programs on a Mac computer. 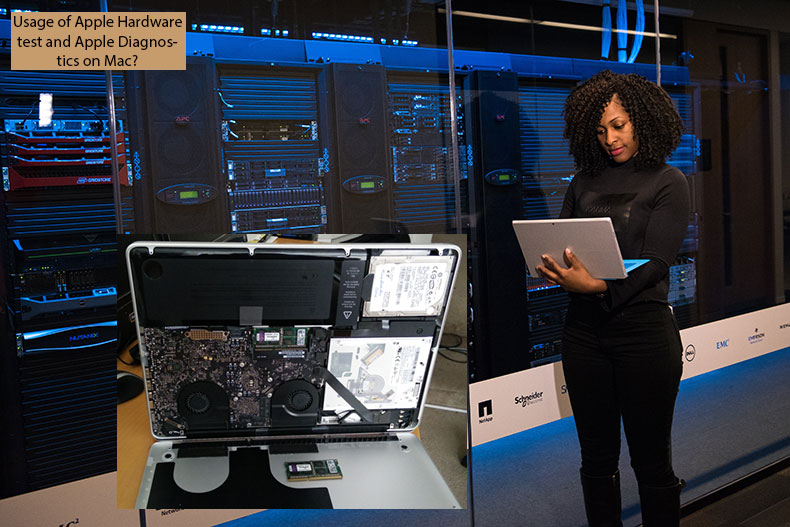 The method to launch Apple Hardware Test and Apple Diagnostics is identical on all Mac computers, whether it is a desktop version, such as iMac, Mac mini, or Mac Pro, or portable version, such as MacBook, MacBook Pro, or MacBook Air. 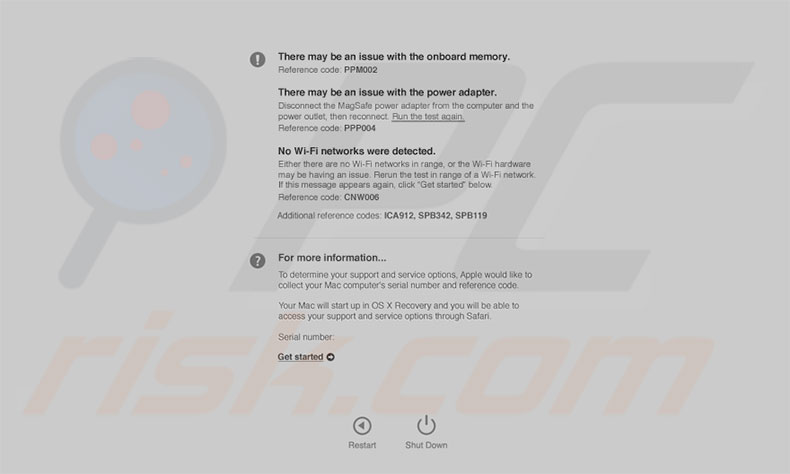 If the tool was able to locate issues with Mac hardware, the report will display an error code relating to specific hardware. To find the best solution, make a note of the code or take a picture with your mobile device. The list below shows codes often displayed by the Apple Hardware Test tool.

Apple Diagnostics has different error codes, but some report similar hardware issues. The table below displays all error codes and descriptions published by Apple.