Today, Internet connections are one of the most common requirements for everyday computer use. Many applications use Internet access for the extensive information and media now stored on the web. Internet use is now so widespread that many users could not conceive working without connecting to the web. Therefore, encountering the NSPOSIXErrorDomain error can pose a major problem, since this issue can occur when attempting using browsers such as Safari. Some reports also suggest that users encounter this problem using other applications.

Note that this error can occur when using Safari alone, while other browsers work properly. There is also the case whereby no browsers are able to access the Internet. Furthermore, some people report that they encounter the NSPOSIXErrorDomain error after a system upgrade. These are the most common cases when this issue appears, however, it can occur whenever you try to access the Internet. There are two main causes of this connection problem: a) a third-party firewall application, and; 2) an Internet security program [for example, Intego Mac applications such as Net Nanny or VirusBarrier]. In summary, one of these software packages might simply be blocking the access to the Internet for some or all applications on your Mac. Fortunately, there are a number of possible solutions to the NSPOSIXErrorDomain problem, as detailed below. 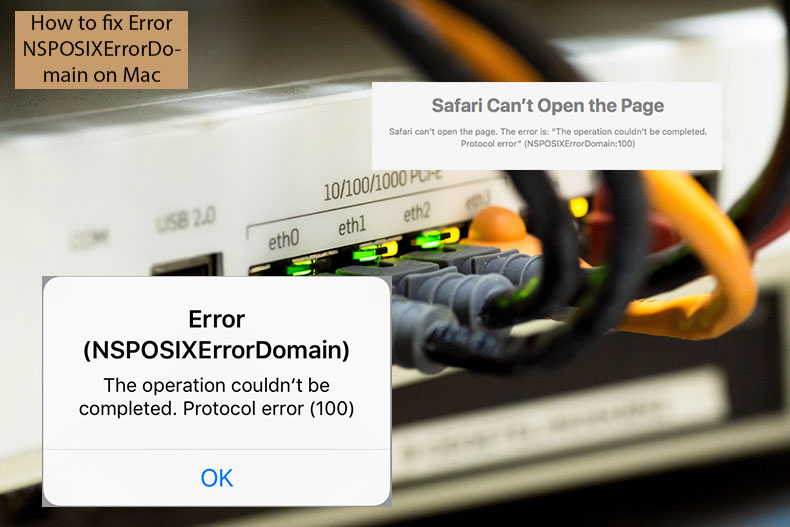 Analyzing user reports about error messages with code NSPOSIXErrorDomain revealed that it is usually caused by third-party firewalls and Internet/computer security applications (especially products developed by the Norton company). These applications can block access to the Internet for some or all Mac applications.

To solve the NSPOSIXErrorDomain problem, start by uninstalling all third-party firewalls, Internet security, and antivirus software on your computer. To delete applications, open Finder and go to the Applications folder, select the program and right-click it, then select Move to Trash. Then open the Trash app and click Empty the Trash. Software packages often contains their own uninstaller apps - these are recommended to completely remove applications and associated files. More information about uninstalling Mac applications is in this step-by-step guide.

Initially, it may seem like your Mac remains unprotected, however, it contains built-in protection tools and so this situation is temporary. After removing all third-party protection-based software, restart the Mac by clicking on the Apple logo in the menu bar at top of your screen, and then select Restart. Once your computer has booted, try use the applications or revisit the websites that were blocked prior to addressing the NSPOSIXErrorDomain error. When you are sure the problem is solved, replace the firewall and security software with eligible alternatives. Note that some people have reported that reinstalling removed applications solved the problem, and the NSPOSIXErrorDomain error did not return. Despite this, you are advised to replace them with an alternative to prevent future possible Internet access problems. An alternative we recommend is Combo Cleaner software that we have reviewed in past.

During analysis of Mac users' reports into this situation, Intego applications (developed for Mac computers) often raised Internet access problems with error code NSPOSIXErrorDomain. This common situation occurs after a system updates, when computers contain some Intego applications relating to parental control, Internet security, and computer protection. Frequent examples of software that cause the NSPOSIXErrorDomain error message are the Net Nanny and VirusBarrier applications, however, there is a significant possibility that other applications developed by Intego might cause this particular problem. If you are unable to browse the Internet due to error code NSPOSIXErrorDomain, and Intego apps are installed on your Mac (or have been in the past), try to remove them all. Sometimes uninstalling existing applications is not enough to solve the NSPOSIXErrorDomain problem, since the issues is caused by associated files that these apps leave after uninstalling (and why past Intego applications might cause Internet access problems). If uninstalling existing apps does not solve the issue, search for associated files within your Mac system. Launch Finder on your computer, click on Go in the menu bar at top of the screen, and select Go to Folder. Then type the paths listed below and check each folder for any files associated with Intego. Bear in mind, that you need only delete files associated with Intego applications, since these folders are necessary for normal functions of the operating system. 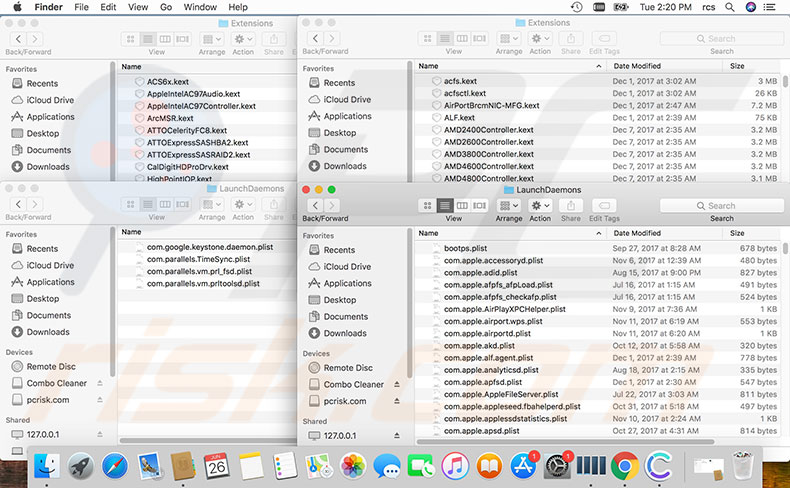