When installing Updates on Windows 10, you may get an error code 0x8009001d. Like so many other Windows Update errors, error 0x8009001d occurs due to corrupted system files. Many users started getting this error on Windows 10 with the release of the 2019-11 Cumulative Update for Windows 10 Version 1903 for x64-based Systems (KB4524570). Nevertheless, this error can occur when installing the more recent updates as well. This article is dedicated to helping you fix error code 0x8009001d.

Windows Update is a service that comes built-in with every copy of Windows 10. Its purpose is to automate the downloading and installing of updates over the Internet. Generally, the service delivers updates for the Windows OS but can also deliver updates for other Microsoft products, including Microsoft Office and Microsoft Defender. 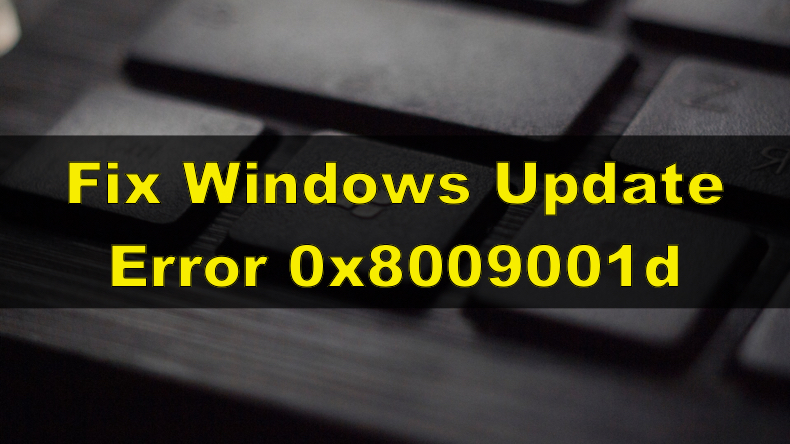 Unlike in previous Windows versions, the Windows Update service in Windows 10 doesn't allow selective update installation. Therefore, all updates are downloaded and installed automatically. Users can only choose whether the system would reboot automatically to install updates when it's inactive or schedule a reboot.

Windows Update on Windows 10 supports peer-to-peer update distribution. The service is set up to distribute previously downloaded updates to other users and distribute new updates from Microsoft servers.

Microsoft releases feature updates twice a year and cumulative updates once a month or so. Microsoft tries to stay on top of its game in terms of updates that ensure the security and reliability of its operating system. However, sometimes new updates fail to install, resulting in errors such as error 0x8009001d.

Previously, Error 0x8009001d came up when installing the Nov 2019 (19H2) update due to an issue with the update itself. As a result of this error, users are unable to install specific updates. However, it's not always the fault of the update that users get errors. Often, users get errors because some of their system files have become corrupt or due to third-party anti-virus programs interfering with the update process.

To fix errors such as 0x8009001d, it's recommended to run the Windows Update Troubleshooter first. If the troubleshooter fails to fix the problem, it's recommended to run the System File Checker (SFC) scan, Deployment Image Servicing and Management (DISM), and clean the update cache. Lastly, you can manually reset all Windows Update components. We also suggest temporarily disabling your third-party anti-virus software and then updating Windows to see if the anti-virus software is to blame for error 0x8009001d.

Check out the list of possible solutions that can help you fix error 0x8009001d. You can also watch the video found at the bottom of this article to see the full implementation of the proposed fixes.

Windows Update Troubleshooter is the default tool for fixing update-related issues on Windows 10. Try running the troubleshooter and see if it can fix error code 0x8009001d. 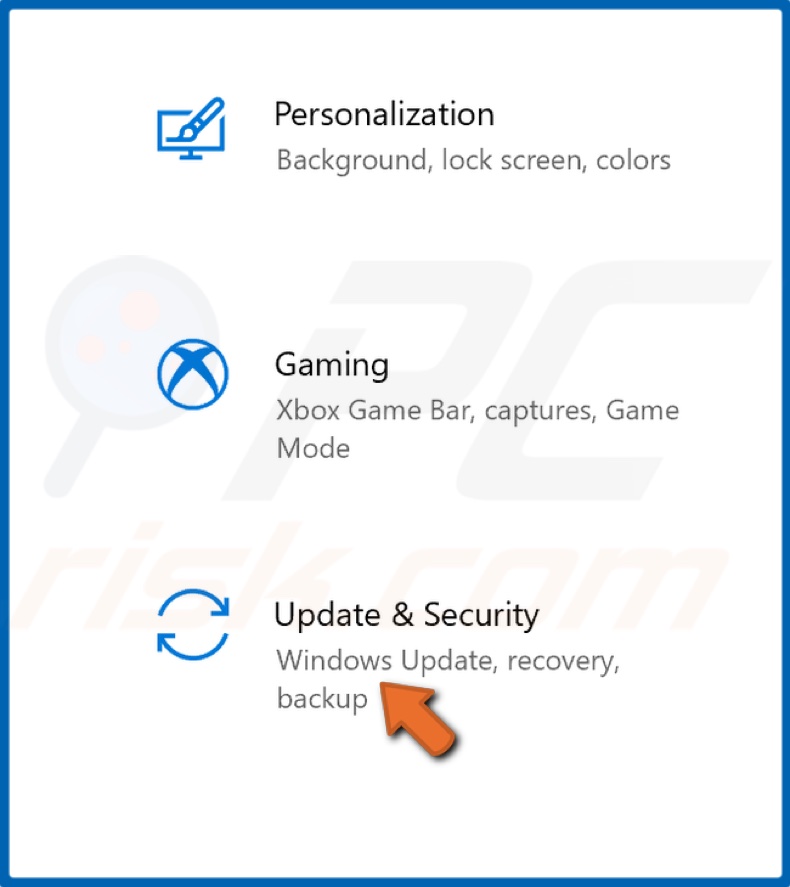 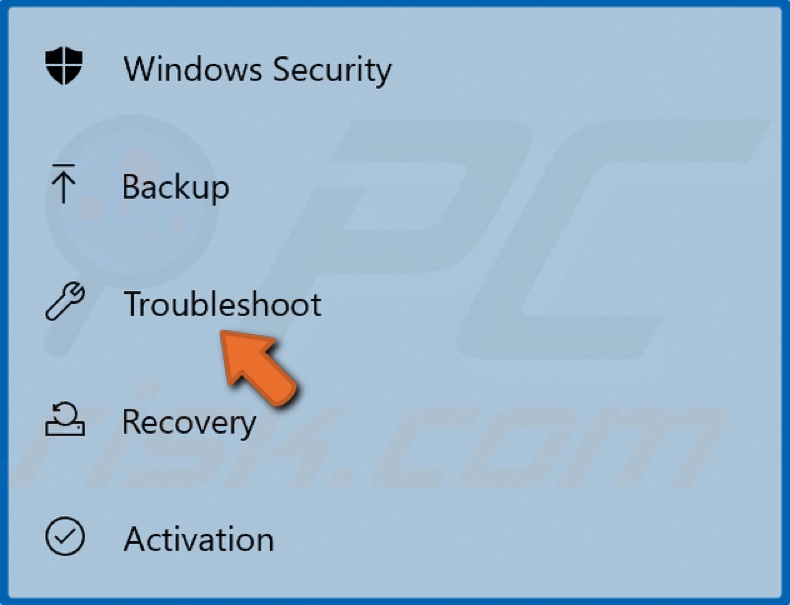 3. Then, select Troubleshoot from the left pane. 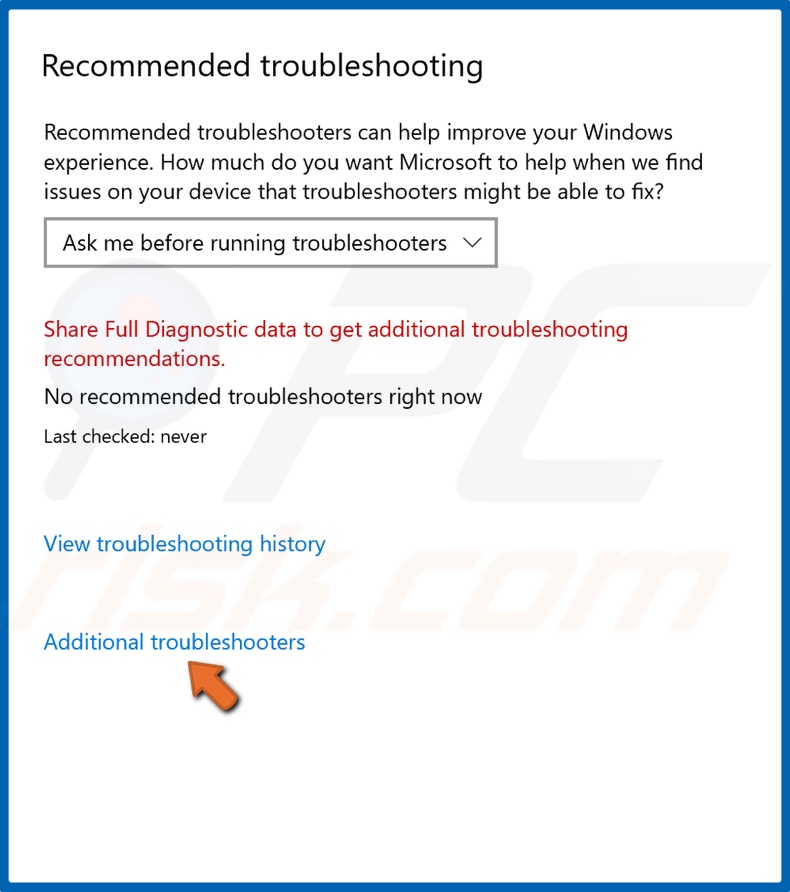 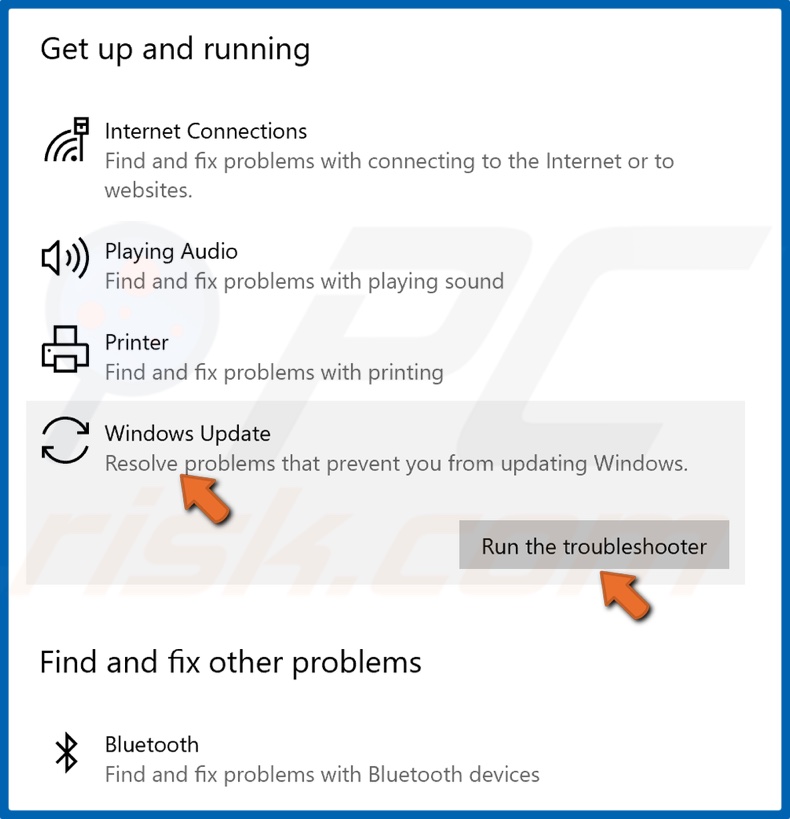 5. Select Windows Update and then click Run the troubleshooter.

6. The troubleshooter will scan Windows update components for issues and provide fixes.

The SoftwareDistribution folder stores temporary Windows Update files. But, with each new update release, you may run into problems since the cache folder stores backups of previous Windows versions. 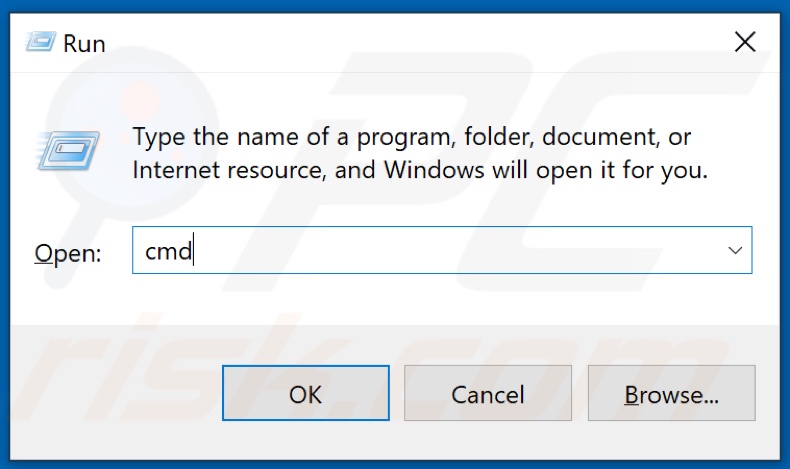 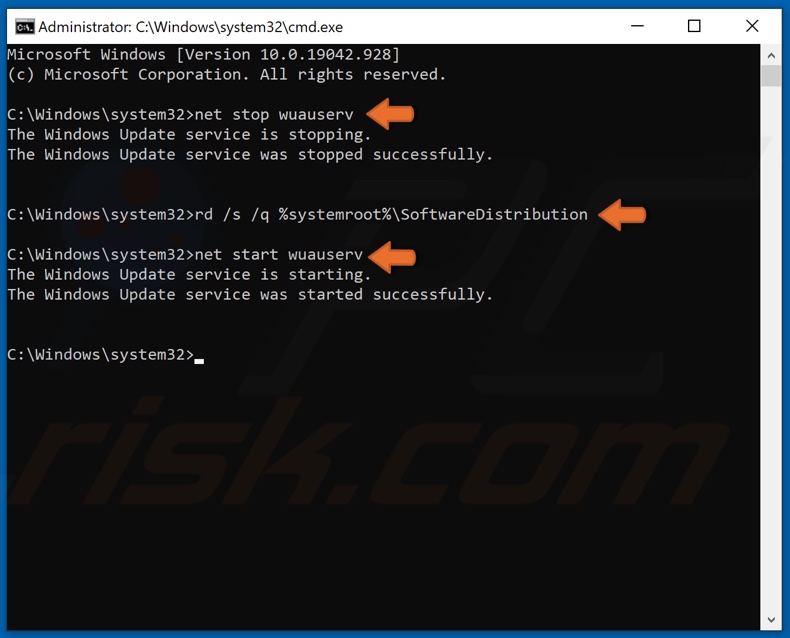 4. Then, type in rd /s /q %systemroot%\SoftwareDistribution and press Enter to clear the Update cache folder.

2. In the Run dialog box, type in CMD and hold down Ctrl+Shift+Enter keys to open the elevated Command Prompt. 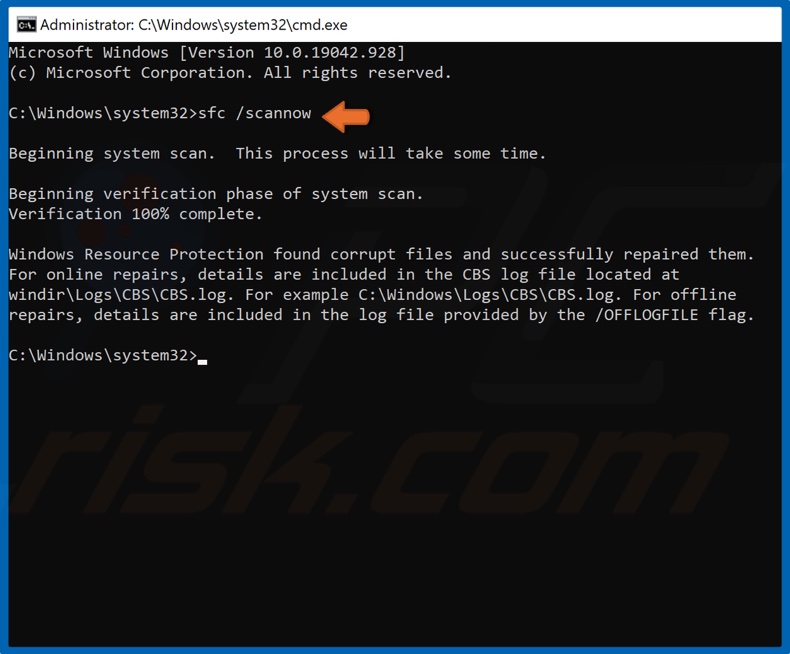 3. In the Command Prompt window, type in SFC /Scannow and press the Enter key. 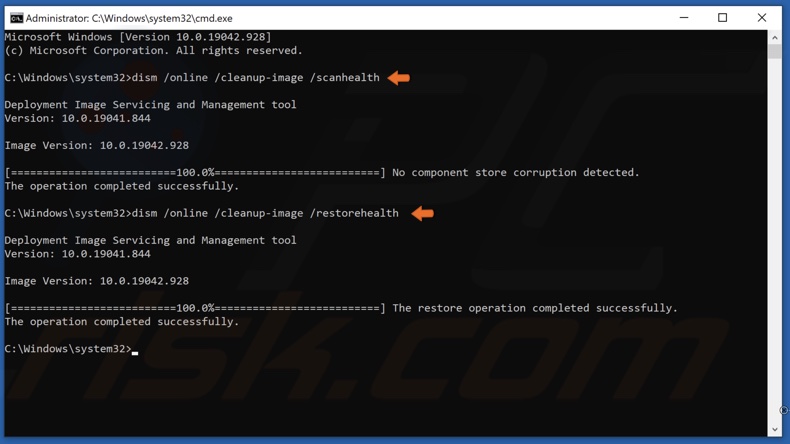 3. Type in DISM /Online /Cleanup-Image /ScanHealth in the Command Prompt window, and press the Enter key.

4. Then, type in DISM /Online /Cleanup-Image /RestoreHealth and press the Enter key. 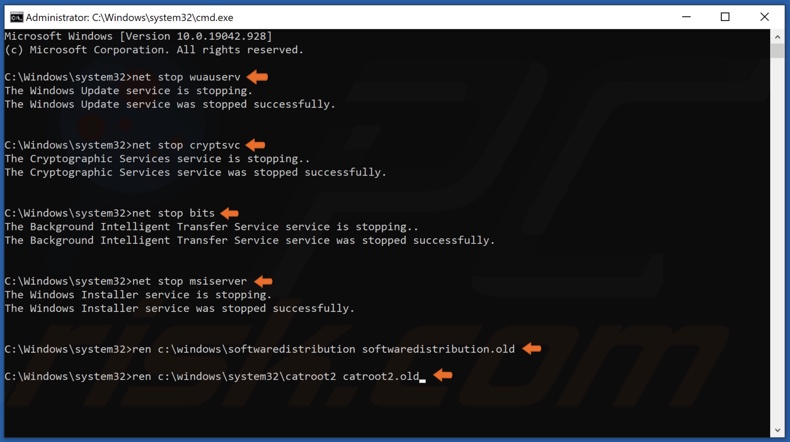 3. Type in the commands listed below, and press the Enter key after entering each one:

Then, rename the SoftwareDistribution and Catroot2 folders. 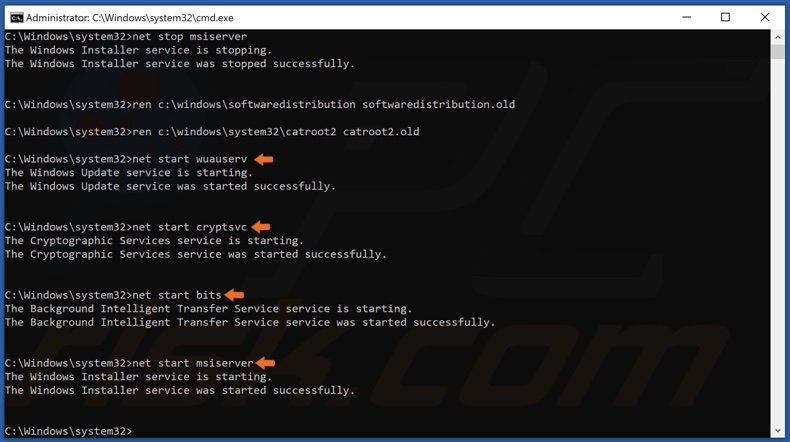 6. Type in the commands listed below, and press the Enter key after entering each one to restart the previously stopped services:

Video Guide on How to Fix Windows Update Error 0x8009001d