VRAM or video RAM refers to random access memory (RAM) dedicated to storing image data for a computer’s display. VRAM ensures smooth execution of graphics display, particularly in applications that display complex image textures or render 3D structures. Many want to know how much VRAM their graphics card has, and this article will show you how you can check that.

VRAM was created at the IBM Research Center in 1980. VRAM was first used for IBM’s RT PC system in 1986.

VRAM (Video Random Access Memory) is the GPU’s dedicated memory, used to store pixels and other graphics data that are actively being displayed on the screen or are likely to be displayed. Basically, the VRAM works as a buffer between the computer and the monitor. 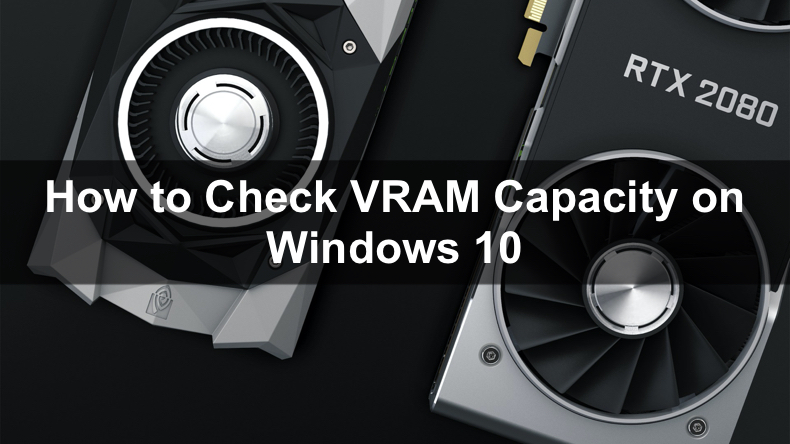 When images are sent to the display to be shown on screen, they are read by the CPU onto the VRAM. The video is then processed into the RAM and is shown on the computer’s monitor.

The dedicated VRAM is physically located on the graphics card, next to the GPU (Graphical Processing Unit), to minimize transmission times between the VRAM and the GPU. Contemporary graphics cards typically use GDDR6 or HBM2 memory with higher bandwidth and lower latency than DDR RAM.

The only difference between VRAM and RAM is the speed and ability to imitate dual-port functionality. A type of VRAM known as WRAM is dual-ported and has around 25% more bandwidth than standard VRAM. VRAM is best suited for applications with complex textures of images or render 3D structures.

Also, there are different types of VRAM with their own pros and cons. There’s SGRAM that works according to the synchronization of the clock. There’s RDRAM which features the Rambus bus that increases data transfer speeds. Then, there’s the WRAM mentioned above that has more bandwidth. Finally, there’s MDRAM which stands for Multi-bank Dynamic RAM. MDRAM memory is divided into several parts consisting of 32KB each.

VRAM technology is often different from that of other computer memory to facilitate being read rapidly to draw the image. The combination of high bandwidth and low latency enables as much data to be accessible to the GPU as quickly as possible.

VRAM is important in video games and 3D graphic design programs. The more VRAM you have, the better. In most cases, video games load textures for the entire map or scene into the VRAM when loading an area. As a result, all textures are readily available for rendering, and you don’t have to wait for them to load from slower RAM storage.

VRAM plays an essential role in video games, particularly loading times and image quality. Certain VRAM levels are required to run games at various resolutions. Certain levels of VRAM are needed for games to run at different resolutions. Running a game at 1080p doesn’t require as much VRAM as running it at 4K. For example, rendering a game at 1920*1080 resolution is different than at 4K UHD quality as it often demands 6GB, 8GB, or even 12GB memory.

The amount of VRAM a GPU has is an important metric, particularly if you want to play games at high resolutions or run memory-intensive 3D applications. Of course, VRAM is not the only technical aspect that determines how well your GPU handles resource-intensive tasks since a GPU’s Core clock, shader clock, and memory clock, and other technical aspects are equally important.

So, whether you’ve recently got a new PC or have had one for some time now but want to know how much video RAM your graphics card has, here’s how you can check to see it.

You can find out how much VRAM your graphics car has by searching its model online. However, if you don’t know the model, then you can check the VRAM capacity in your PC’s Display Settings.

The easiest way to check how much VRAM your graphics card has on Windows 10 is to go to your System’s Display Settings. 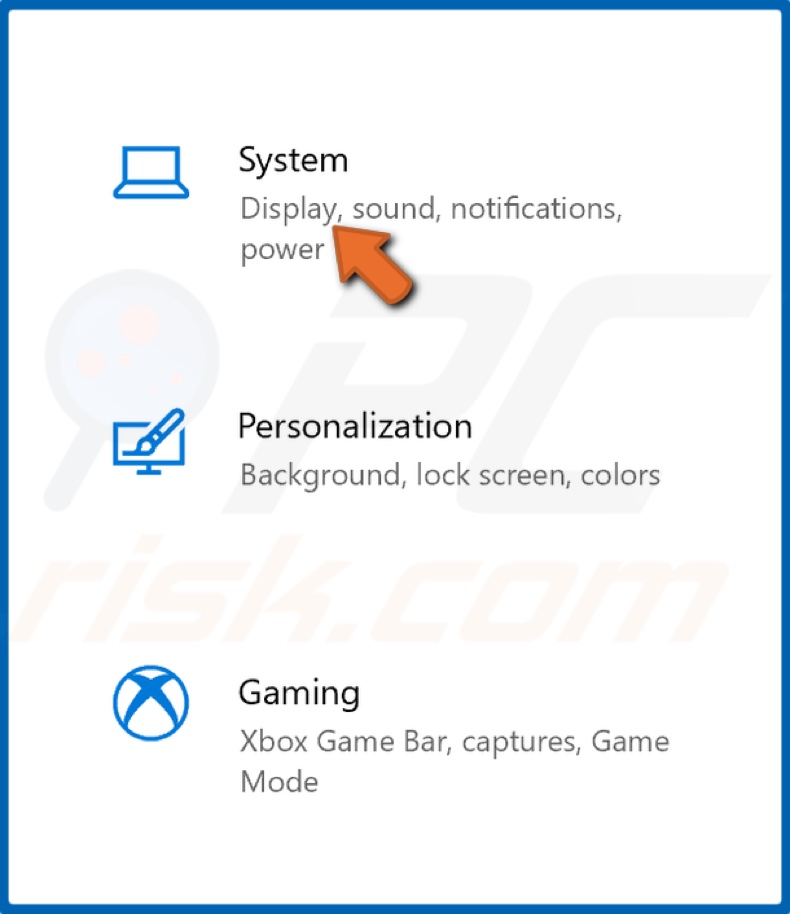 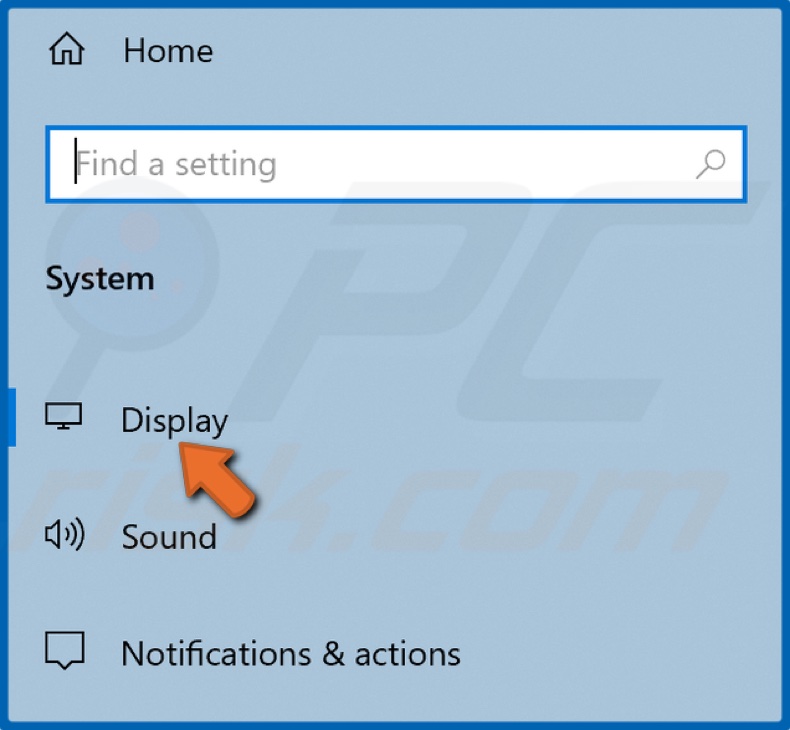 3. From the left pane, select Display. 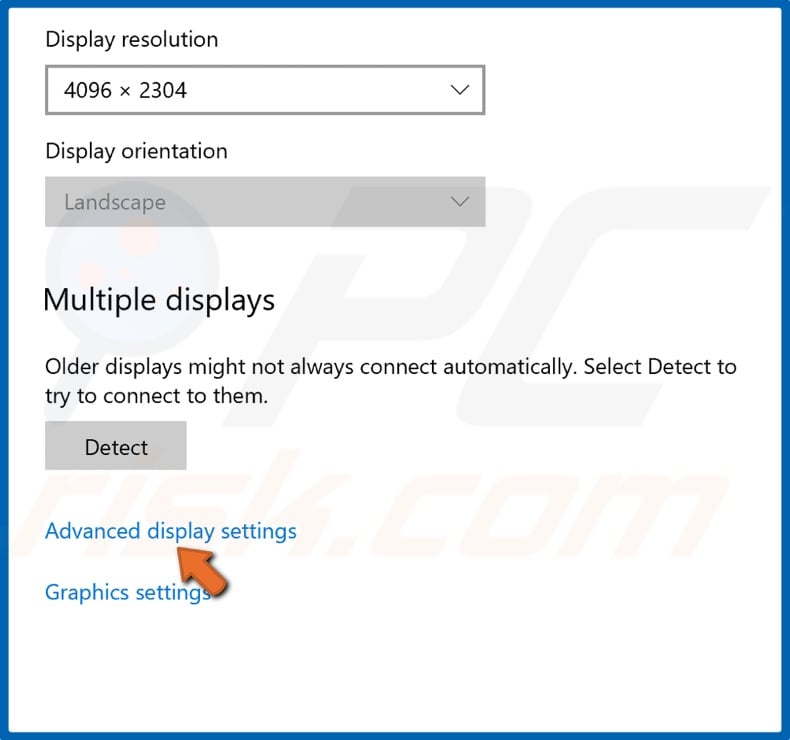 4. Click Advanced display settings, found at the bottom of the window. 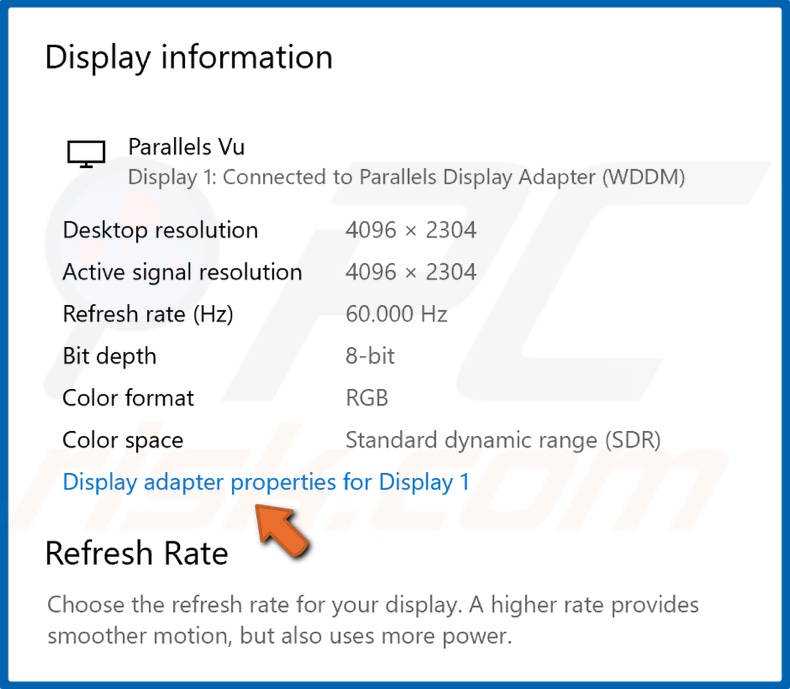 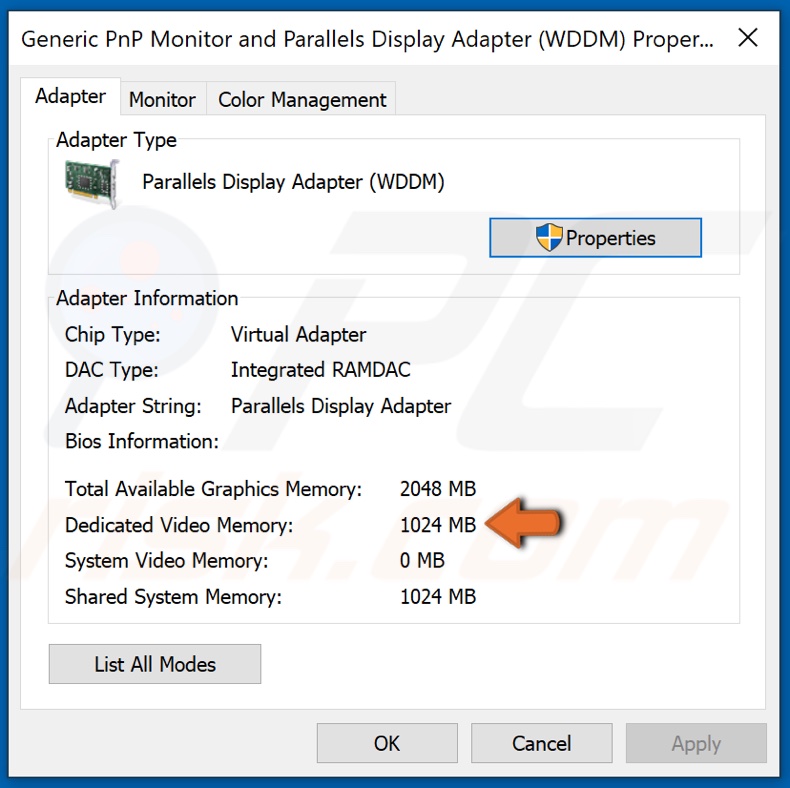 6. In the Adapter tab, you will see your VRAM capacity expressed in Megabytes next to the Dedicated Video Memory section.

Using the DirectX Diagnostic Tool to check your VRAM capacity is useful when you have two or more graphics cards running in SLI. 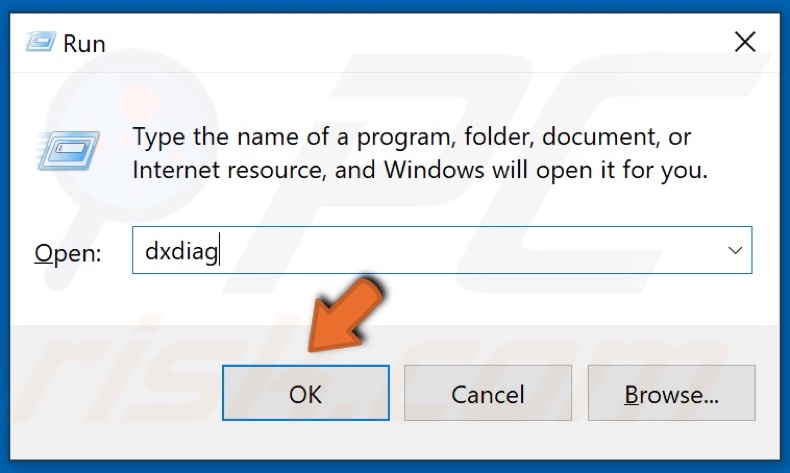 2. In the Run dialog box, type in dxdiag and click OK. If you get a prompt about connecting to the Internet, click Yes. 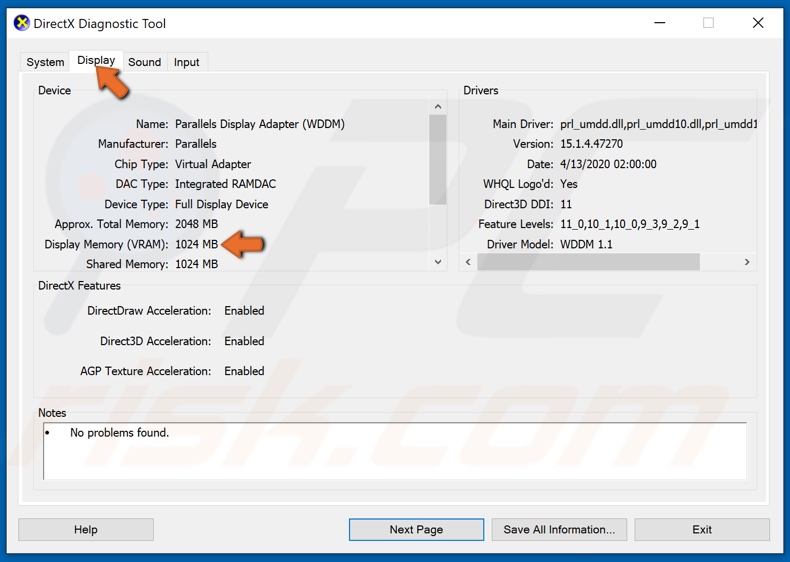 4. Your computer’s VRAM capacity will be expressed in Megabytes next to Display Memory (VRAM).

Video guide on how to check VRAM capacity on Windows 10