macOS has a unique user-friendly interface. It lets users freely and easily move, transfer, organize or delete files. However, there's a chance that you will encounter a bug with file managing operations. Sometimes error code 43, which is associated with file transfer issues on Mac devices, will pop-up. It appears that this particular error occurs in Mac OS X El Capitan or OS X Jaguar. It says, "The operation can't be completed because one or more required items can't be found. (Error code -43)". This error code may occur when you try to delete a file, move it to the Trash, move files from one folder to another, or transfer files from or to a USB drive.

This issue can be related to incompatible file name characters. They arise when the file name contains one of the following symbols: "@", "!", "#", "%", "^", and "$". Every OS has different file naming rules. Supposedly you created a file in Microsoft Windows OS, entered one of those characters in the name, and then transferred the file to the macOS environment. That's probably why you can't move your file as those characters are conflicting with macOS due to different naming protocols. If your file contains any of these characters, the best way to avoid error 43 would be to rename your files or avoid these characters in general. 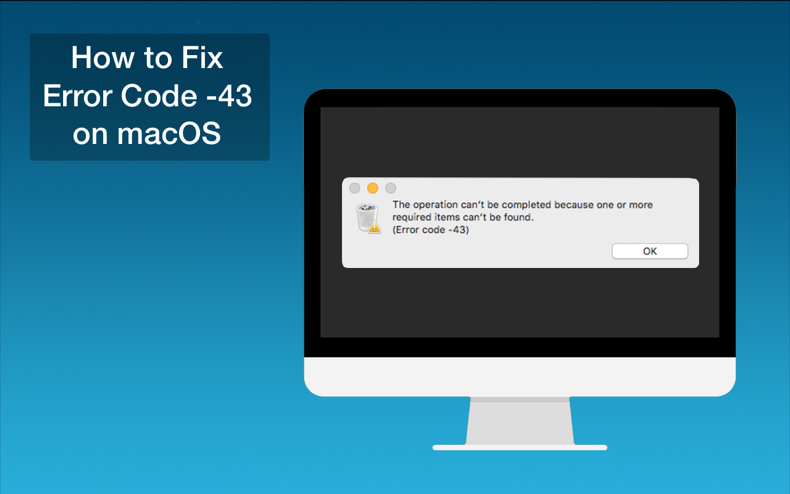 The same error will occur if the file has not downloaded fully. To avoid this kind of inconvenience, check the file for download errors. The most common cause of partial download is the loss of internet connection. Thankfully some browsers let you resume the downloading process. Another reason for incomplete file download can be an incomplete source file. That means that the incomplete file might have been mistakenly uploaded to the server.  If the web developer has moved or removed the server's file, it can also cause incomplete download. There is also a chance of a timeout. Timeouts happen when your internet connection is slow, or the server is overloaded with requests, which causes incomplete download.

It can also be the cause of the file being used by one or more system applications. All opened applications with the file must be closed. If you don't know which app has your file opened, use the lsof Terminal command, which is used to report a list of all open files and the processes that opened them. Open Terminal and type "loss | green -i [files name]".

If the file does not enable a shared point, it'll prevent Mac Finder from accessing it, and error code 43 will appear. It can also occur if the file you are trying to delete is locked. This problem can also occur due to a hard disk issue. The cause can be that Your HDD or SSD is physically damaged or has a few bad sectors. If a response that says "The underlying task reported failure", you might need to format or replace the drive. Read the guide below for detailed troubleshooting steps.

Some users have reported Error Code -43 was easily fixed by force quitting and relaunching the Finder. 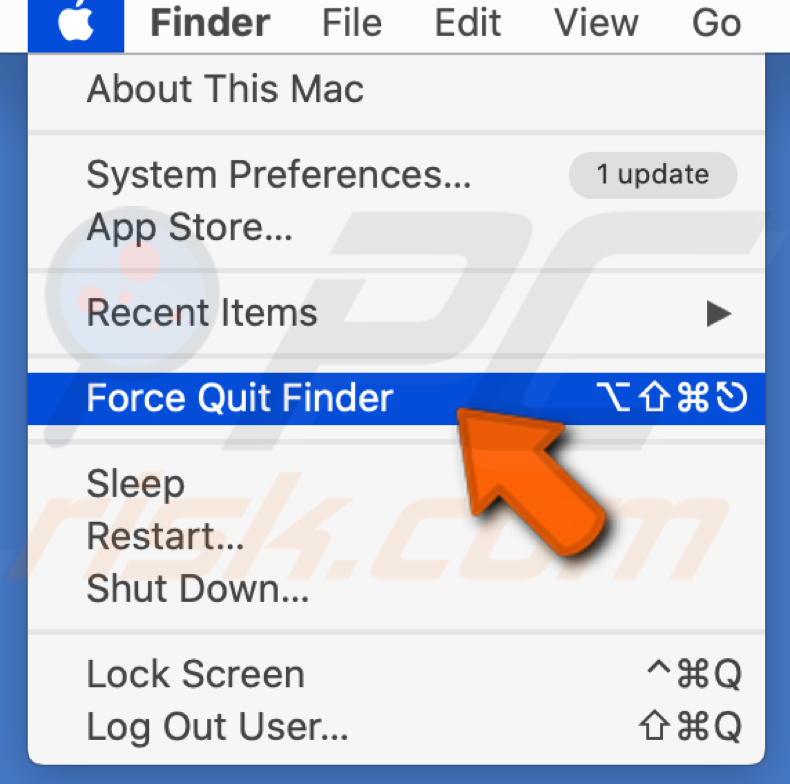 3. Find Finder in the list of applications.
4. Choose "Relaunch". 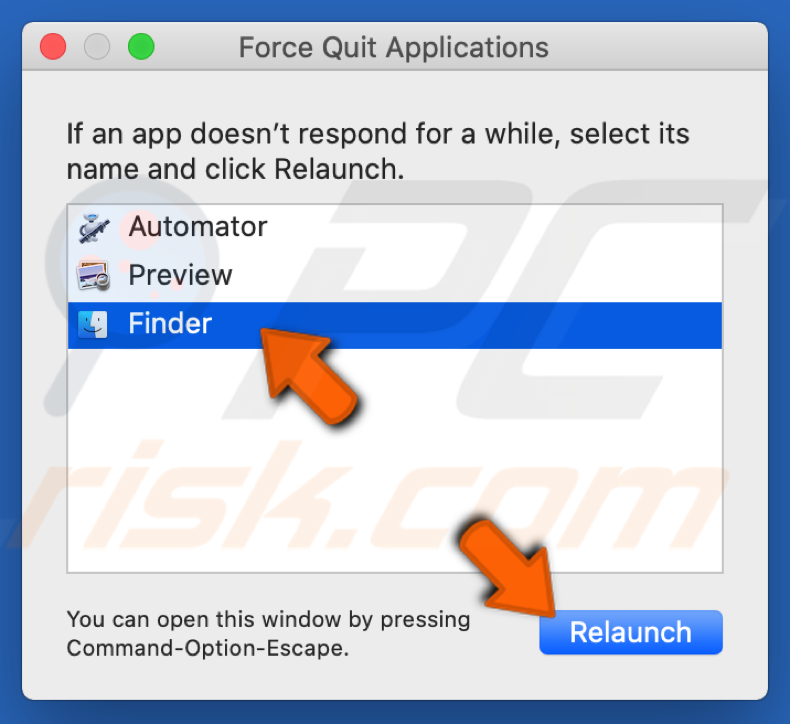 1. Shut down your Mac. Before turning it back on, locate the following four keys on your keyboard: Command + Option + P + R. 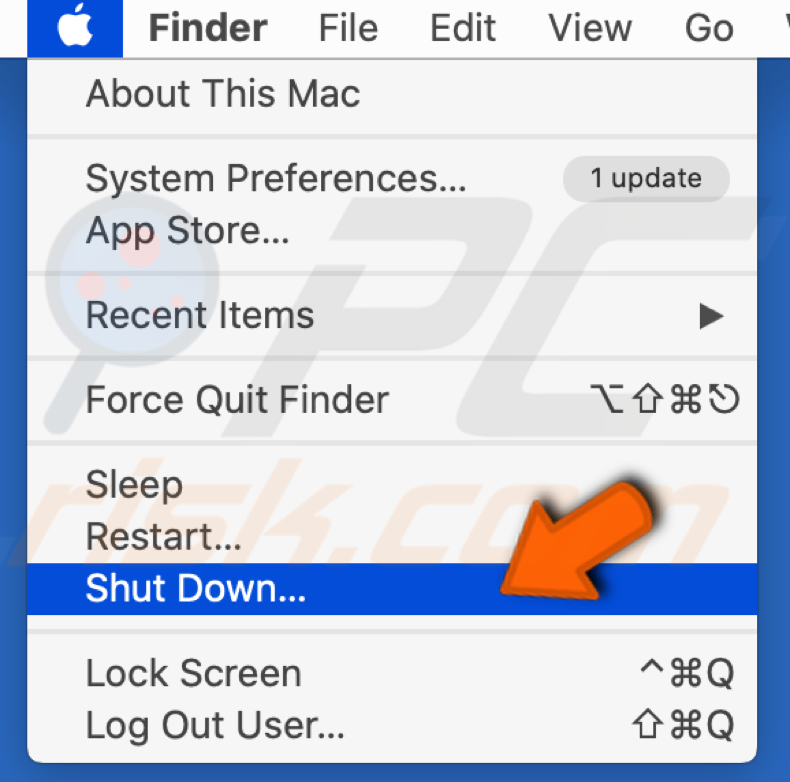 2. Turn on your Mac, and as soon as it starts to boot, press all four keys simultaneously.
3. Hold the keys until you hear startup sound two times and only then release the keys.

Note: If you do not hear a startup sound in step 3, repeat all the steps.

If the files are locked, you can delete them without unlocking them first.

1. Open Terminal from your Launchpad. 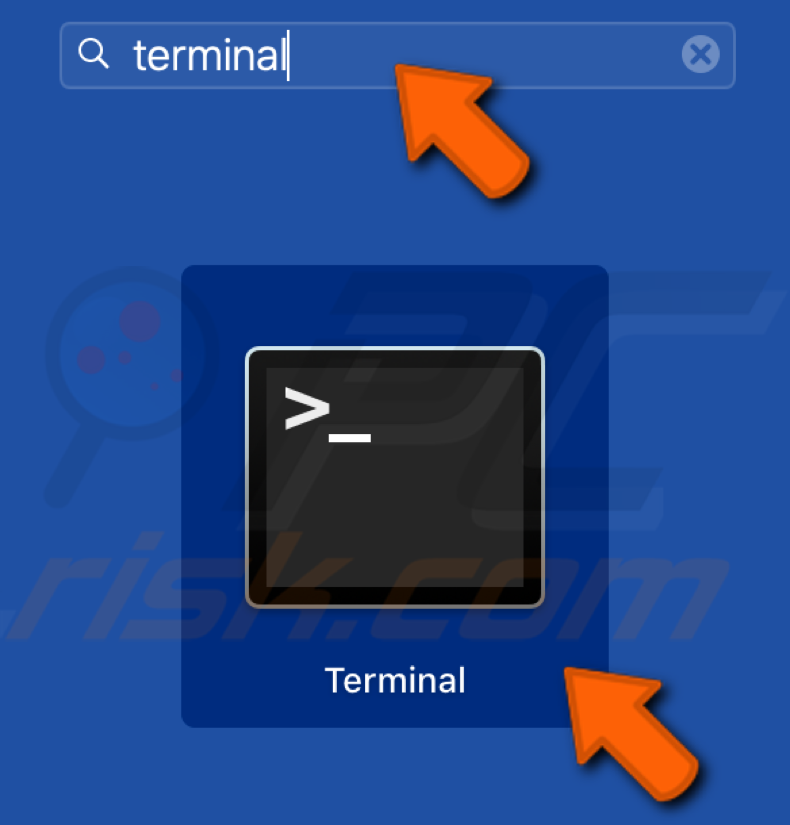 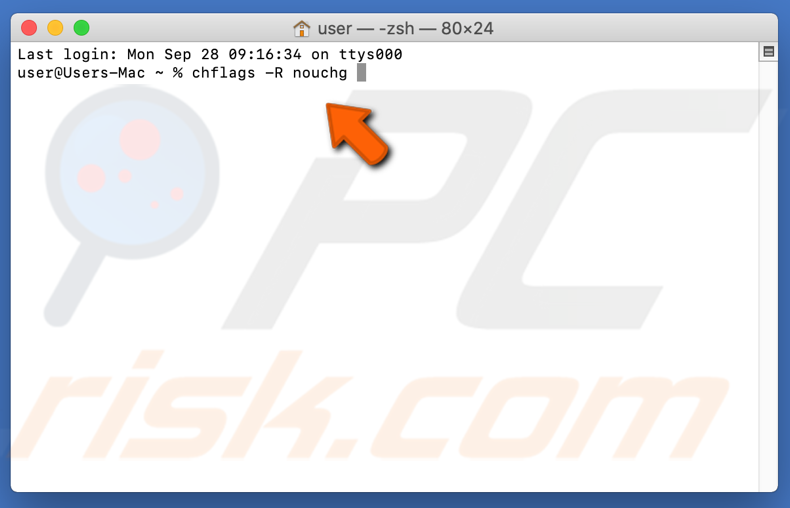 3. Click on the Trash icon to open it.
4. in Trash press Command + A key simultaneously to select all items.
5. Drag locked items to the Terminal window.

In some instances, the error can be removed by implementing some commands from the Terminal and deleting specific files. 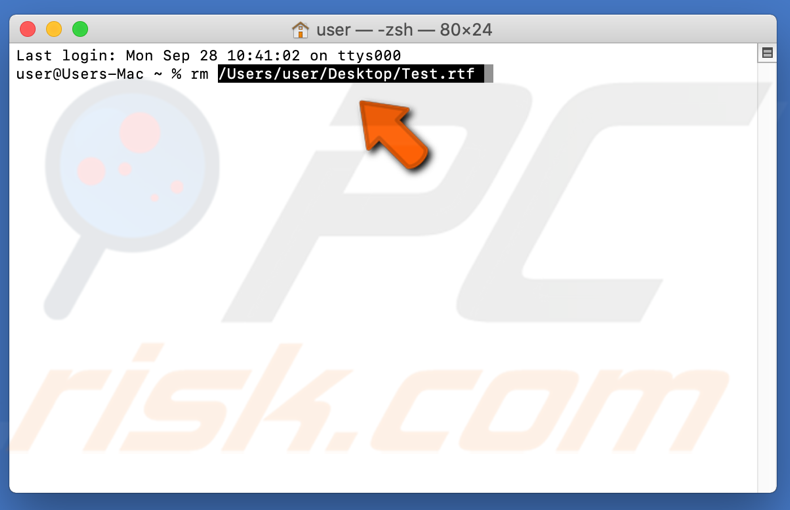 4. Press Enter and the files will be deleted.
5. Check to see if the issue continues.

Note: If this does not work, try to reinstall the High Sierra Update.

Your Mac's built-in Disk Utility is a great tool that will spot missing or corrupt files triggered by an HDD/SSD problem.

1. After your Mac restarts, go to Finder and click on Applications.
2. Then find and select "Disk Utility". 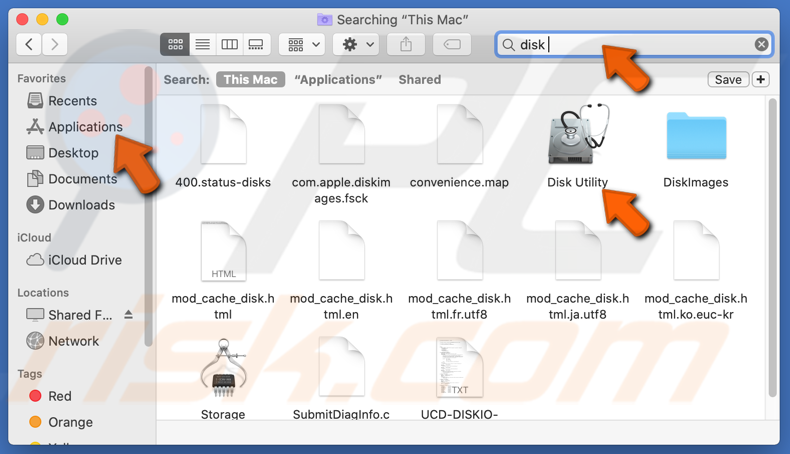 3. Select the disk (disk where the file you want to move is present) you wish to repair.
4. Press "First-Aid". 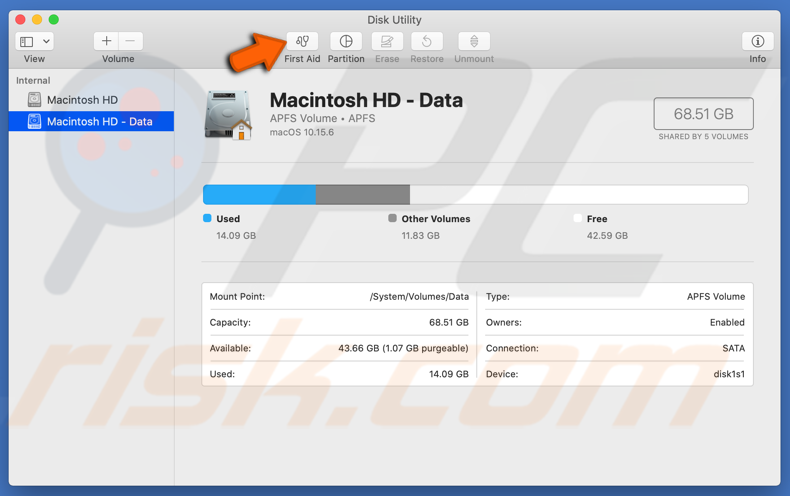 If the reports show that your disk is about to fail, back up your files and replace your hard disk with a new one.

Click on Run. If the Disk Utility tool shows no problems with your drive or that the issue that existed has been solved, you can exit the tool.

If the "overlapped extent allocation" appears and states that several files occupy the same spot on your drive, one of those files is probably corrupt. You will have to locate it in the Damaged Files folder.

The worst-case scenario is that you won't be able to check or repair your disk. If the "The underlying task reported failure" error message appears, try rerunning the First Aid tool. If the error message continues to appear, backup your data and format your disk.

Video on How to Fix Error Code -43 on macOS