The Mac computer operating system hides many files such as system-level items, configuration data, and other files, most of which are stored within the system library folder. Apple decided that these files should not be visible for all users due to possible issues if the data was modified without proper knowledge. If you have downloaded a file with a name that contains a dot (.), you may not find it since it will be recognized as a 'hidden' file. 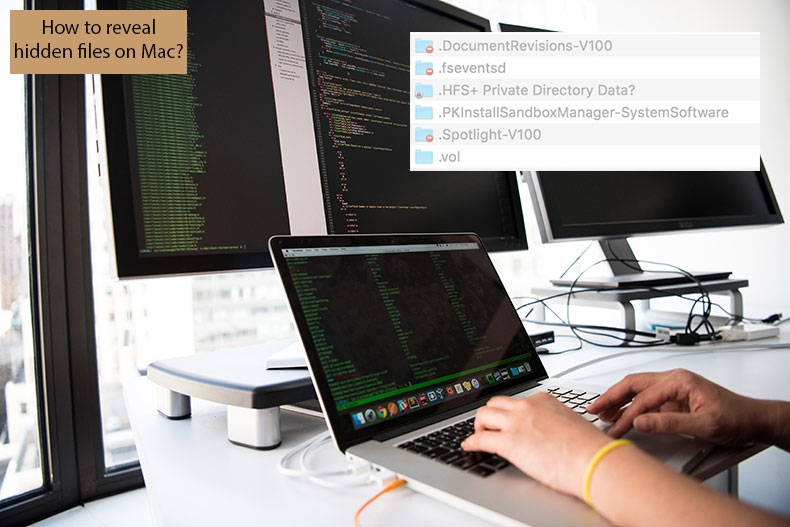 There may be cases when you need to access hidden data to solve certain issues. Additionally, adding a dot (.) at the beginning of a filename is an easy way to hide files within your computer. Fortunately, Apple has attached a keyboard shortcut to modern versions of the operating system. This hides or reveals files within specific folders.

Furthermore, there are several methods to control the visibility of hidden data permanently for all folders on your Mac computer. This article describes how to reveal hidden data within one folder or the entire storage, including both temporary and permanent methods.

Video Showing how to reveal hidden files on Mac

It is recommended to run a free scan with Combo Cleaner - a tool to detect malware and fix computer errors. You will need to purchase the full version to remove infections and eliminate computer errors. Free trial available. Combo Cleaner is owned and operated by Rcs Lt, the parent company of PCRisk.com read more.

Reveal hidden files on macOS by using a keyboard shortcut

Together with macOS version 10.2 Sierra, Apple released a function to immediately hide or reveal hidden files.

1. To show hidden data, launch Finder and go to any folder in which you believe there are hidden files or folders. For example, the Macintosh HD root directory or user home folder.
2. Press the combination of Command, Shift, and Dot (.) to reveal the hidden data. Files and folders will immediately appear with slightly faded names and icons (separating hidden files from regular ones).

This method will impact all folders within the computer storage. However, it is only a temporary measure. On restarting the system, the data will be hidden once again.

3. To hide these files again, use the same keyboard shortcut. If you wish to reveal hidden files permanently, follow the method below. 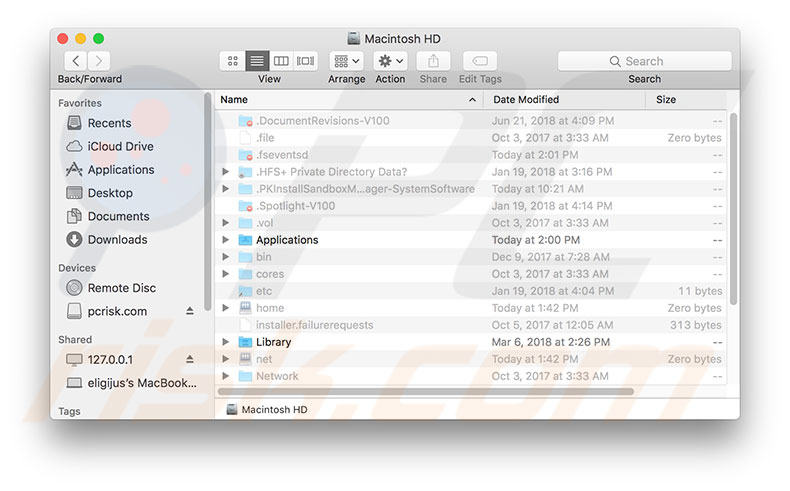 To reveal hidden files permanently on your Mac, you must change the default setting using a specific command in Mac's built-in command line window called Terminal.

1. Launch the Terminal application by invoking Spotlight, use the keyboard shortcut of Command and Space, type in Terminal, and then press Return. Alternatively, you can launch Finder and go to the Applications folder, then open Utilities folder and launch the Terminal app.
2. Once the command line window appears, type the following command. 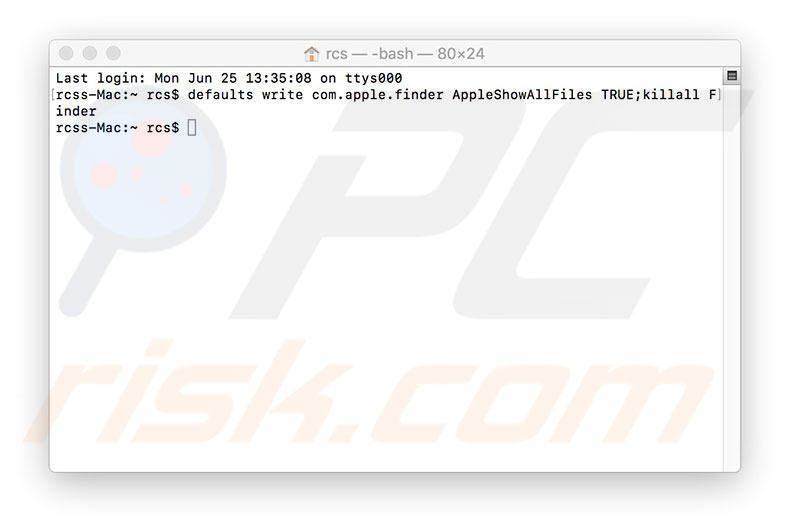 Viewing multiple system files can be confusing. Therefore, if you do not need to modify these hidden files repeatedly, consider hiding them again. Hiding files is as simple as revealing them.

1. Launch Terminal.
2. Type the following command, and press Return to execute it to enable hidden files. 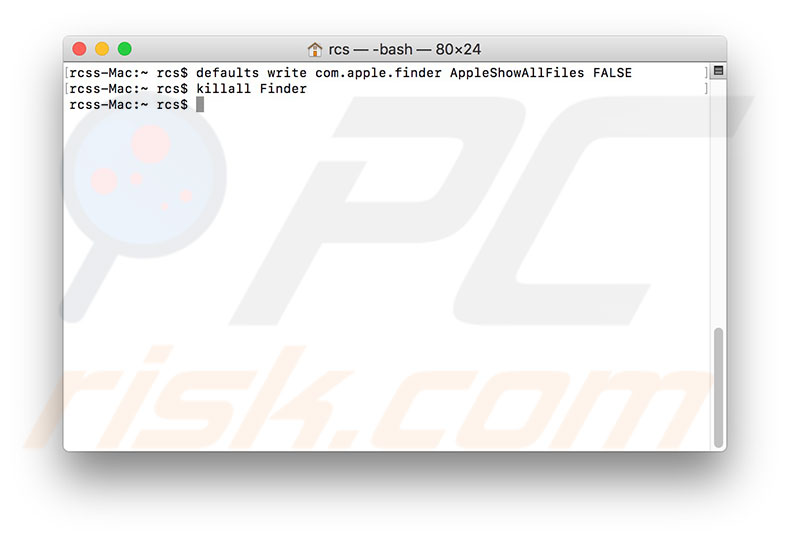 Alternatively, if this command does not work, try to execute separate commands. First, type the default write command as shown below and press Return.

Then, type the killall command to quit Finder completely.

Using Mac's built-in command line, there are many useful functions, including 'list' and associated parameter 'all'. Executing this command with a parameter will display all files within the specified folder.

The above is the list command assigned with the 'all' parameter. However, you need to declare a path to the directory of files you wish to reveal to use its full functionality. For example, type the command listed below to display all files and folders stored within the Desktop folder. 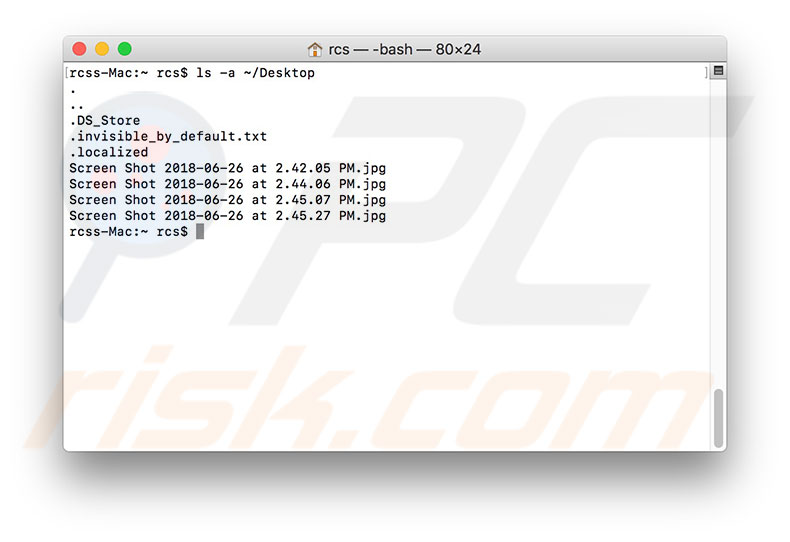 This method will not affect Finder or any other method by which you can browse your file system (hidden files will be only listed within the Terminal window). Additionally, consider using the 'open' command in Terminal to launch hidden files. An example of open command use:

Executing this command will open the hidden folder from the user's home directory via the Finder window.