Dictation and Enhanced Dictation not working on a Mac computer, how to fix?

For many years, computers controlled by voice seemed like science fiction and were only seen in movies. Now, however, Apple have released a number of features that use voice recognition including Siri and Dictation. Many Mac users are familiar with these features and use them regularly. The dictation feature converts spoken words into text, while Siri is an assistant that listens to spoken requests and can compose short messages and emails.

Apple released an improved version of the dictation feature called Enhanced Dictation, which allows you to use it without an Internet connection. This feature became quite popular, but also had various issues. People reported that the dictation feature did not work properly or stopped working altogether after they updated the operating system. Although these issues appear after a system update, there are several methods to address these problems. 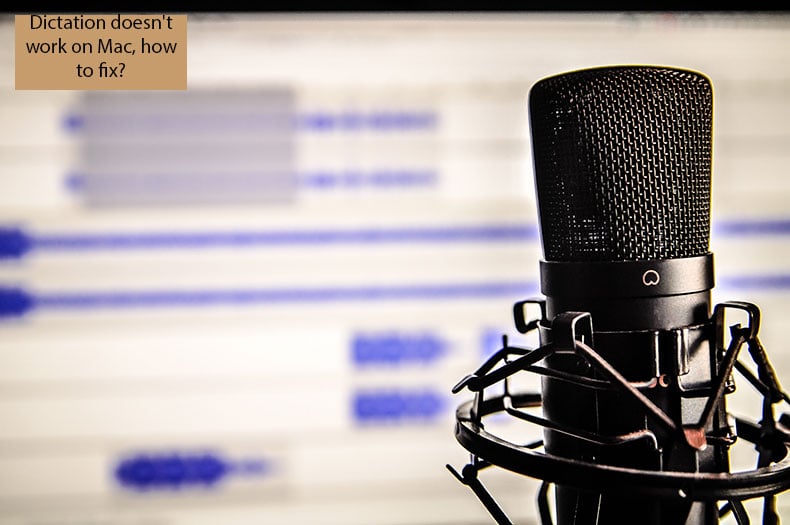 Try to turn off the dictation and restart the device. Once booted, re-enable the voice recognition feature. Check, if any running applications are causing the problems.

What is Enhanced Dictation?

Enhanced Dictation is the improved version of a speech recognition tool that was released with OS X Mavericks version 10.9 and is available on all newer versions.

What is new in Enhanced Dictation?

The new version allows you to dictate continuously, without interruption. Your words will be translated within the computer, not sent over the Internet, so the network connection is not required. You can use also dictation commands to instruct the Mac to carry out tasks.

What is the main difference between regular and enhanced dictation?

Regular dictation sends the recorded words and other data to the Apple Server where they are converted into text. Therefore, to use regular dictation, the Mac must be connected to the Internet - converting words into text will take longer and your speaking time is restricted to 40 seconds at a time, or 30 seconds if you are using OS X Yosemite or an earlier version. As it mentioned above, the enhanced version works locally on the computer, so the Internet connection is not necessary and the speaking cycle is unrestricted.

Open System Preferences, select Keyboard, and choose the Dictation tab. On the left side of the window under the microphone icon, click the drop-down menu and choose Internal microphone rather than Automatic. 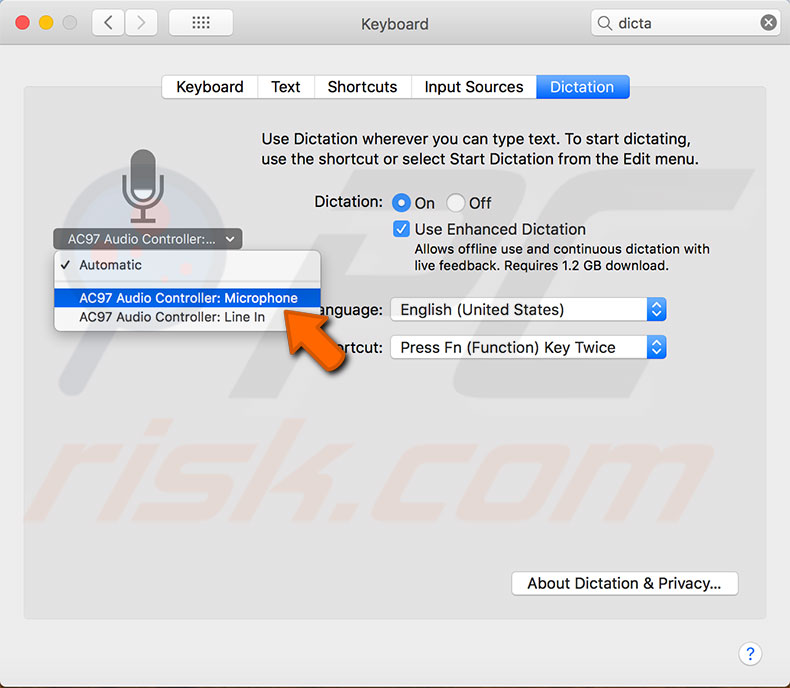 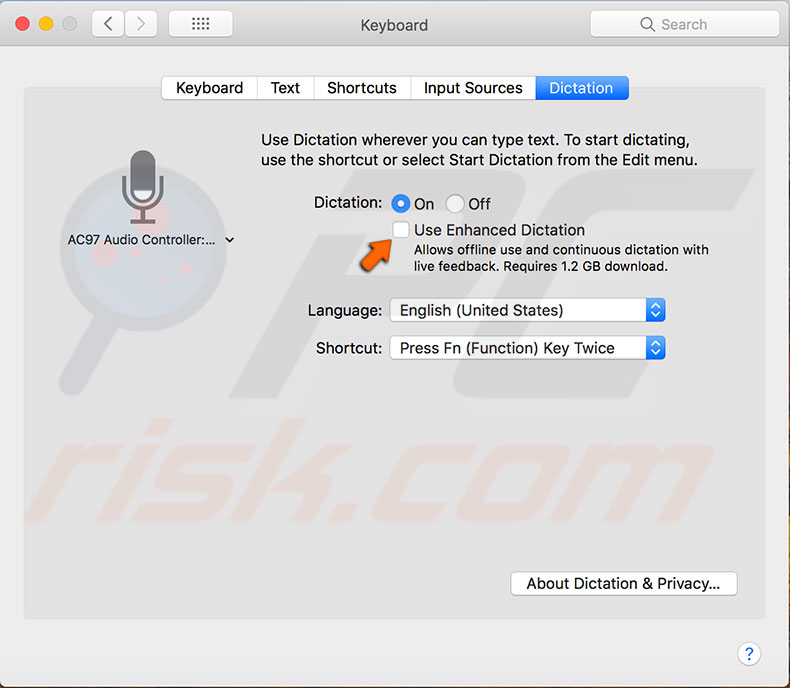 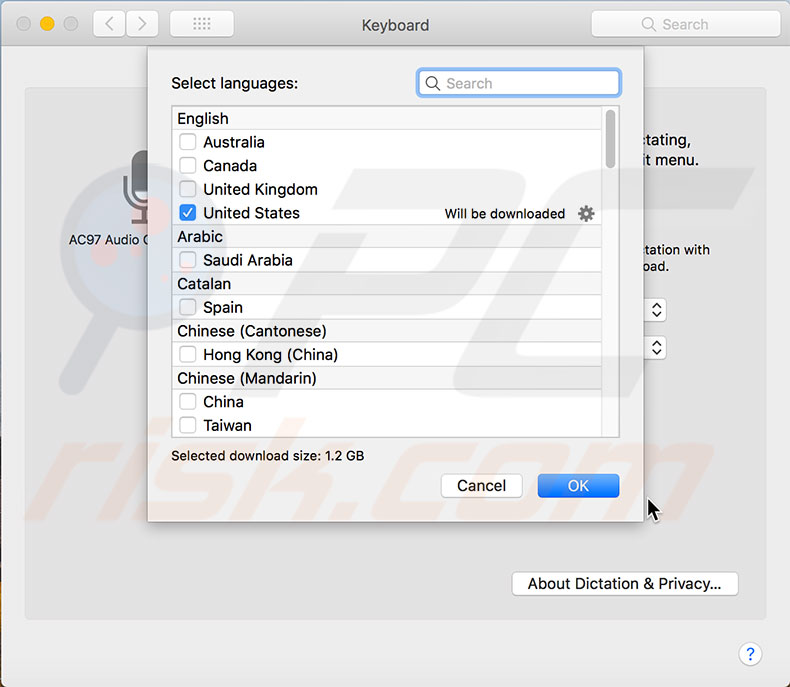 Disable enhanced dictation by following the steps above. Then open Finder and click on Go in the menu bar at top of the screen, and then select Go To Folder. In the search field, type the following destination: /Library/Speech/Recognizers/SpeechRecognitionCoreLanguages/ and click Go. Look for a folder named en_US.SpeechRecognition or similar to your native language. When you have deleted the folder with your language, restart the Mac. Once the computer has booted, turn on enhanced dictation and check if it starts to download the language pack. 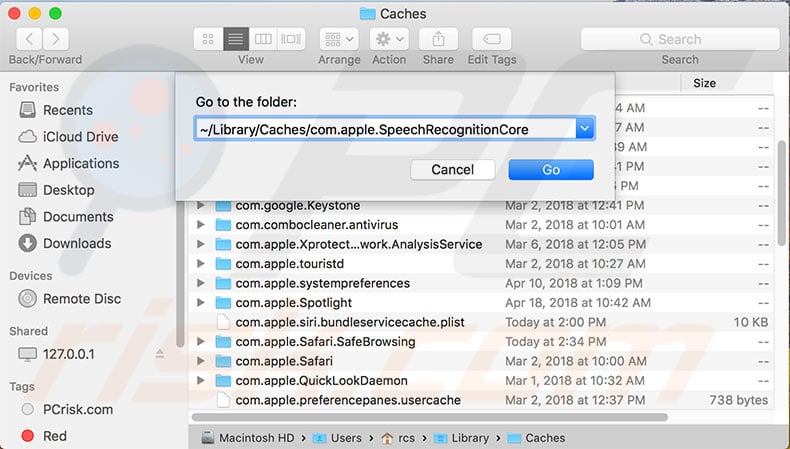 Users have reported that this (rather convoluted) method solved dictation issues when none of the above methods worked: