How to fix Mac or MacBook camera is not connected issue?

Today, video calls and photographs using cameras on computers are very popular with many people from around the world. Due to the popularity of video chat and this type of photography, Apple has integrated cameras into their mobile and desktop devices. These video cameras are called FaceTime cameras, or iSight for earlier models. These built-in cameras are mostly reliable and provide good video quality, however, like the majority of electronic devices, they sometimes fail. Since the camera is integrated into the main computer body, there is a chance of failure in the communication chain between components such as the motherboard, operating system, and software.

When the main camera encounters a problem, the operating system displays an error message stating that 'There is no connected camera.' As well as this text, you will probably also see a black background and a crossed-out camera logo. You might encounter this issue on all types of Apple computers whether it be an iMac or MacBook. The error can appear within any applications trying to access the FaceTime camera. This is frustrating and might seem like a hardware problem, however, it can often be solved with a few simple steps. Sometimes a computer reboot is enough to solve this particular issue. If a reboot did not help, this article outlines some common methods to fix built-in camera issues. 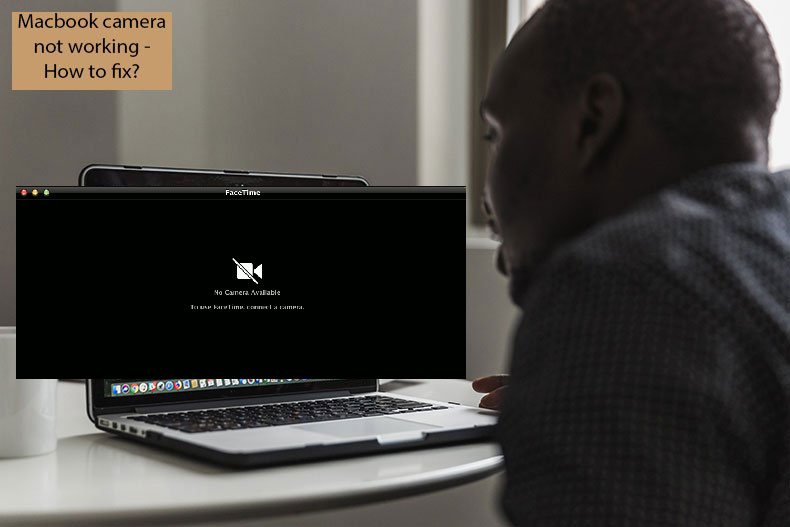 Apple computers include many self diagnostic and repair tools, some running together with the system boot. To solve built-in camera issues, first try to simply restart the Mac. If the issue remains, boot the computer into Safe Mode by pressing and holding down Shift key immediately after the start-up chime, and once the Apple logo appears, release the key. This step is one of the most common solutions to various issues encountered with Mac computers. A restart, however, might not be an option, since it stops all processes and opened applications. Fortunately, that there are a number of other steps you can try without rebooting the computer. 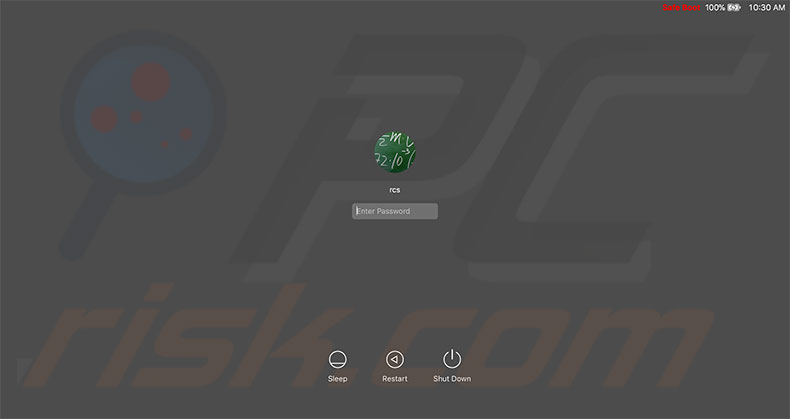 If a computer restart is not an option (or did not solve the problem), try to manually close the software that uses the FaceTime camera. First, quit all running applications that might use the FaceTime camera. To completely close the associated software, launch Terminal, which is under the Utilities directory, or simply invoke Spotlight by clicking Command and Spacebar and typing in Terminal. In the command line, type the following command: sudo killall VDCAssistant. Press Return and type a second command: sudo killall AppleCameraAssistant, and press Return. The sudo command will request you to enter an administrator password to allow use superuser privileges. This simple step should solve the issue - FaceTime should now work properly. 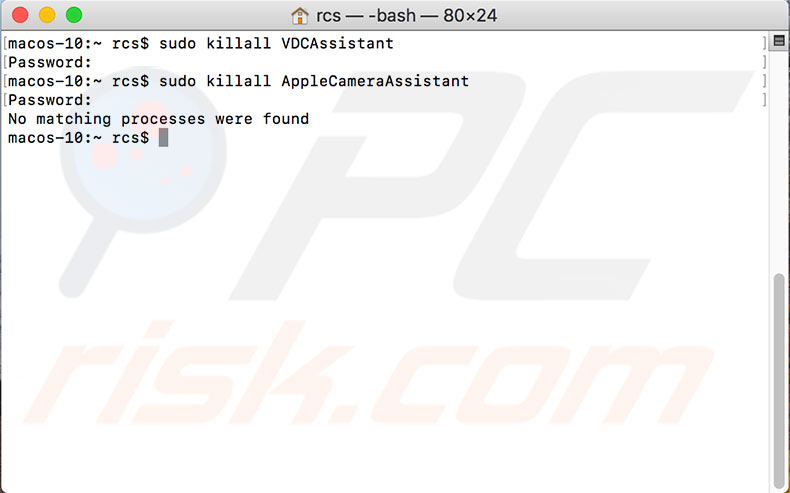 What does the VDCAssistant do?

The VDCAssistant process launches when any type of software attempts to access the FaceTime Camera. Quite often, camera issues are caused by a failure of this particular process when attempting to close an earlier application. Following this failure, the camera is left in a running state and prevents use by other devices.

Use Activity Monitor to completely close applications that use camera

Alternatively, if you are not happy using Terminal, you can use the Activity Monitor, which is located under the Utilities folder or accessible through Spotlight. Once the monitor launched, click the Process Name tab to sort all processes alphabetically by name. Look for VDC Assistant, select it and click the X icon to perform a force quit. 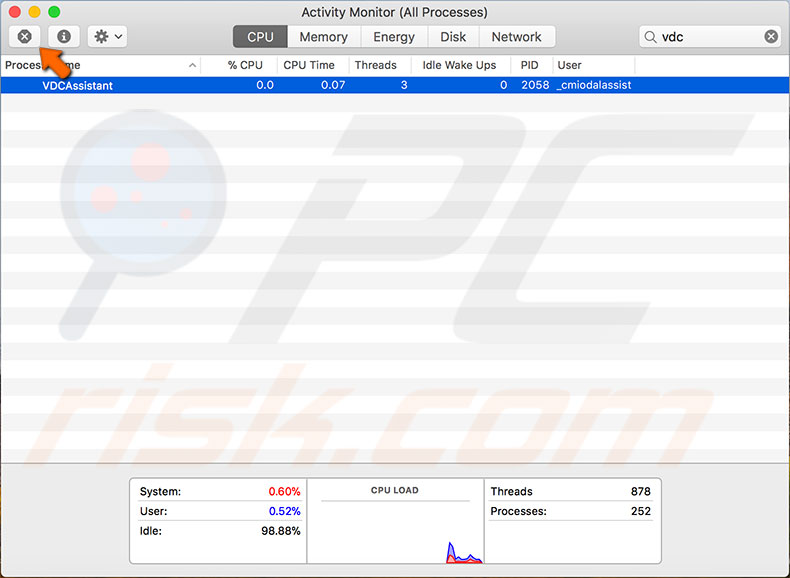 Enable the FaceTime Camera in Display

FaceTime HD cameras can sometimes fail to launch because the Mac is stuck on internal camera. In this situation, the camera is unable to switch the display camera automatically. To solve this issue, you can change it manually. To assist the Mac to switch between cameras, open the FaceTime app, click Video in the menu at the top of the screen, and select FaceTime HD Camera (Display).

Video Showing how to fix 'There is no connected camera' problem on Mac: